2023: Igbos ready to kneel, prostrate and beg to become… 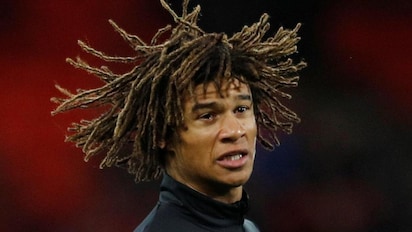 Premier League side, Bournemouth are eager to get a replacement for highly-rated Nathan Ake, who is linked with a return to former Chelsea in January 2019. According to the UK Sun report, Bournemouth manager Eddie Howe is in a hurry to get a centre-back, as he fears the £40m rated Ake will leave during the winter transfer window or at the end of the season. The Dutch 23-year-old Dutch star, who has had a decent run for the Cherries this term under Howe, have been attracting new suitors with quality on the pitch.

The report further noted that top Premier League clubs Chelsea, Manchester United, Manchester City and Tottenham are eyeing the Dutch youngster. Although Bournemouth are ready to keep off interested club with a huge fee demand, but Chelsea already have a £40m buyback clause, in the initial deal that saw Ake leave Stamford Bridge in 2017 for the Vitality Stadium.

However, Howe is now checking out possible replacements in the Italian topflight for young defenders, who would fit to in at the club. Equally, Brentford star Chris Mepham is also Howe’s wish list after failing to sign the 21-year-old last season. Ake was not at his best during Bournemouth’s defeat in Saturday’s Premier league action against Newcastle, but previous performances have played a huge role in the Cherries impressive run this term.

Meanwhile, Bournemouth and former Chelsea defender Nathan Ake reportedly emerged as a January 2019 transfer target for Manchester United and Tottenham. Since joining Bournemouth last year from Chelsea, the 23-year-old Dutch professional football star has impressed and his development has not gone unnoticed. According to the report by Daily Star UK, Manchester United and Tottenham are currently monitoring Nathan Ake, and they will plot £40 million move to sign him in January.

ALSO READ:  China Threatens To" Take Actions" If US Declare Boycott the Olympics