Well Will Resist Every Attempt To Frustrate Allen Onyema… 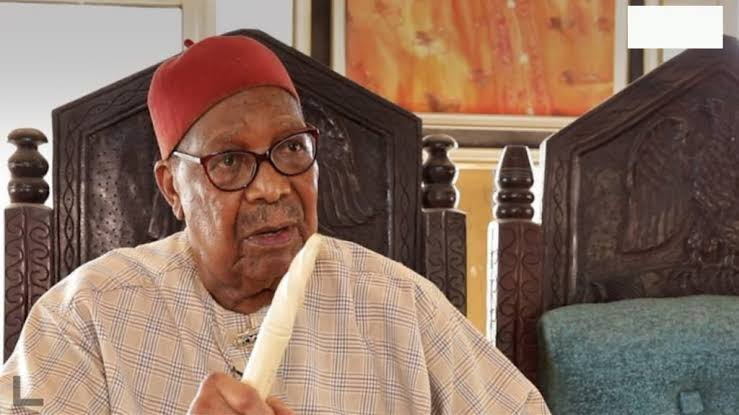 Leading Igbo leader and elder statesman, Chief Mbazulike Amaechi has reacted to the recent statement credited to the Northern Elders Forum, NEF, Coalition of Northern Groups, CNG, Arewa Consultative Forum, ACF, and other conveners of the Northern Peoples Summit, that they would not be stampeded or blackmailed into taking major decisions about rotating the Presidency, but rather want restructuring.

According to him, the long military government in Nigeria created a lot of imbalance in the country and truncated the whole system and arrangement to favour the North.

Chief Amechi therefore, urged the North  not  to use their  sudden acceptance  of restructuring in Nigeria to change the generally accepted Nigerian President of Igbo extraction, warning that such action will throw  Nigeria into intractable  crisis that  may  end its existence.

According to Vanguard, he also warned the two major political parties in Nigeria that if they fail to nominated  an Igbo man as their presidential candidates for the 2023 presidential election, he will personally lead Igbo people’s boycott of the election.

“In  an ideal  situation, a President of Nigeria should come from any part of the federation but  the Nigerian situation is not ideal because all the component units of Nigeria as presently constituted in the present day Nigeria, which the founding fathers of the country created or inherited from the British administration,  are not as they were created. The long military government led by the North introduced a lot of imbalance, injustice and unfairness.

“For example, we created a federation of three regions, each region to manage its own internal affairs, internal finances and so forth and were making contribution as percentage of their revenue to the federal government. Now, if a a region was to be created according to the constitution, there  was a constitutional process for doing that and as a result of that, Mid-West was created constitutionally.

ALSO READ:  Fulani Herdsmen Are The Most Hardworking Nigerians, No Subsidy From The Govt Yet They Are Being Malign As The Cause Of Insecurity Today - Ango Abdullahi

“And so, there is that imbalance, therefore, there is need, if people are sincere, if politicians are sincere and they want a peaceful country, there should be coming of together of the people  for redrawing and looking at the constitution, as it particularly concerns the states, the regions and the zones, because all the states created in Nigeria were created by Northern militarily rulers.

“None was created by former President Olusegun Obasanjo who was the only southerner that had hand as a military ruler in the country  and that was only because Murtala Muhammed died. If Murtala Muhammed had  not died, Obasanjo would not  have smelled the headship of the military federal government.

“They created states in such a way that it is one sided and the intention, it would appear is to rule the South permanently.”