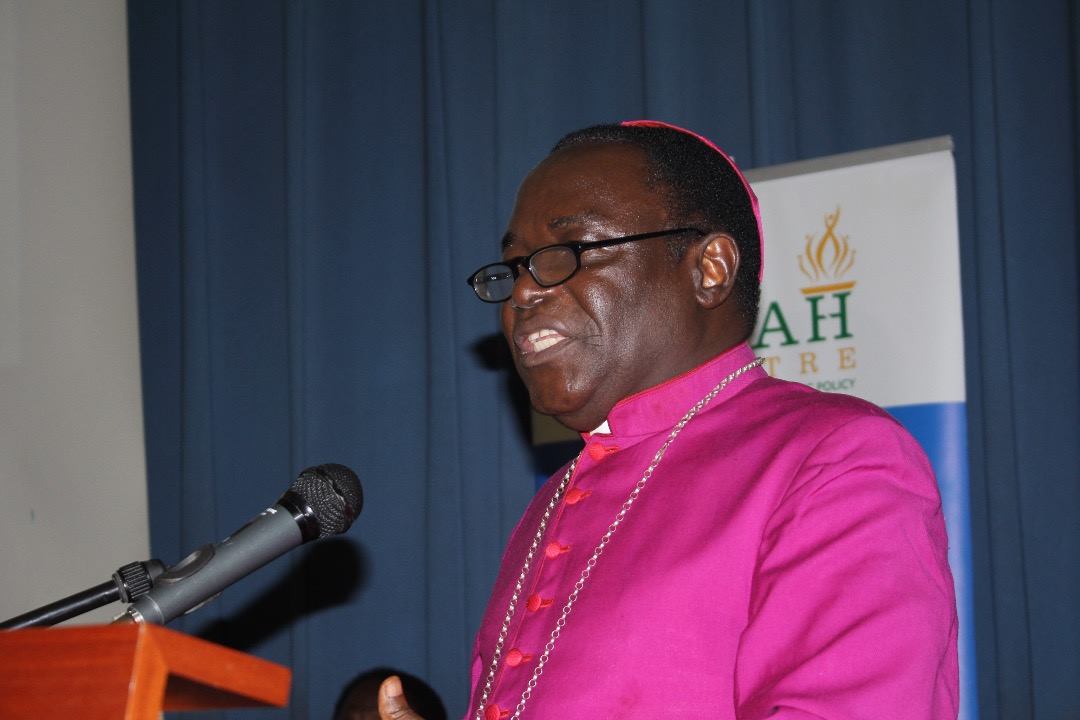 Governor Samuel Ortom of Benue State and President of the Pentecostal Fellowship of Nigeria, PFN, yesterday threw their full weight behind the Christmas Day message by Catholic Bishop of Sokoto Diocese, Bishop Matthew Kukah, saying it is a true reflection of the current situation in Nigeria. The message has pitched the Presidency and a section of the Muslim community against the Bishop and Christians’ community in the country.

This came as the President of PFN, Dr. Felix Omobude, called on those attacking Bishop Kukah over his comments on the state of the nation to desist from such and should not use him as a sacrificial lamb Reacting to the controversy trailing the message, Governor Ortom urged President Muhammadu Buhari not to listen to sycophants who might tell him that all is well with the country. He described as unfair and repressive, Federal Government’s reaction to the message of the cleric whom the government accused of stirring hatred against the President. Governor Ortom in a statement by his Chief Press Secretary, Terver Akase, in Makurdi appealed to the Federal Government not to muzzle “patriotic Nigerians who are raising genuine concerns over the worsening security situation in the country because all is not well.

“Bishop Kukah is a selfless Nigerian who only seeks to unite the nation and speaks his mind frankly on national issues calling on the government to serve the people.” The Governor suggested that instead of politicizing the views of the Bishop and castigating him, the Federal Government should take a second look at the things he raised in the message to avoid throwing the baby away with the bathwater. According to him, “Nigeria is practicing democracy which guarantees the freedom of speech to all citizens and not a military regime which suppresses the right of the people to voice their opinions on challenges facing their country. “It is incumbent on the Federal Government to listen to the views of the people and take steps to address the worrisome security situation and other problems confronting the country rather than combatively engaging anyone who dares to hold an alternative opinion.

” He stressed that at this challenging time in the country’s history, the people expected their leaders to be tolerant, patient, humane, sincere, and always seek to address the issues affecting shared interests of citizens. Governor Ortom argued that Bishop Kukah was not the first to say that hundreds of innocent Nigerians were being killed in cold blood by bandits, kidnappers, armed herdsmen and other terrorists. “Many other Nigerians have been making the same call on daily basis. He was not the first to suggest that the President should be the father of all and not of only a section of the country or a particular ethnic group,” he said. The Governor pointed out that “even under the worst dictatorships, courageous citizens expressed their views on issues of national interest.

ALSO READ:  "Jubril Sneaked Into Japan Unnoticed But He Can't Sneak Out, We Have Discovered Were The Presidential Jet Is Hidden And We are Waiting" - Nnamdi Kanu

Nigeria which is a democratic nation cannot be an exception. “So whipping into silence, men and women of honour who speak against injustice will not take the country to greater heights. The government needs critics who make constructive observations and recommendations for it to work in the interest of the people. Ortom noted that great nations of the world got to their enviable heights by harnessing and utilizing ideas of their citizens, not by discouraging those who made bold submissions on the development of their countries.

He said he believed in the unity, growth and potential of Nigeria to overcome its current economic and security challenges and live up the true meaning of its title as the Giant of Africa Also faulting those criticising Bishiop Kukah, Dr. Omobude, yesterday in Benin while speaking with journalists on national issues, said Bishop Kukah spoke truth to the powers that be and what is on the minds of most Nigerians and should be commended for voicing out when others seemed to have kept quiet.

He said: “Well, I appreciate Bishop Kukah. I don’t think we have interacted one-on-one. But if you follow him, you will know that he is down to earth when it has to do with telling the truth. Bishop Kukah is an advocate of democracy, so he could not have been calling for military to overthrow the government. The issues that he raised are very glaring. It is only in this country that you cannot talk against government and go free. What is the dust for? I know that the Minister of Information is paid for his job but he should be honest enough to face certain truth.

“People call Mr. Trump all kinds of names and never has anybody been sued for insulting him but people have been sued in Nigeria for insulting the president. “So, Bishop Kukah spoke the minds of genuine Nigerians. Any attempt by anybody to impose a section of the nation upon the other, is bound to cause chaos. Bishop Kukah should be seen as a patriot and not a sacrificial lamb. He is not a hater of government but he is a lover of truth. I stand wholeheartedly on his views.”

BREAKING:Trump heads to Washington for New Year’s, abandons arranged gathering out of the blue