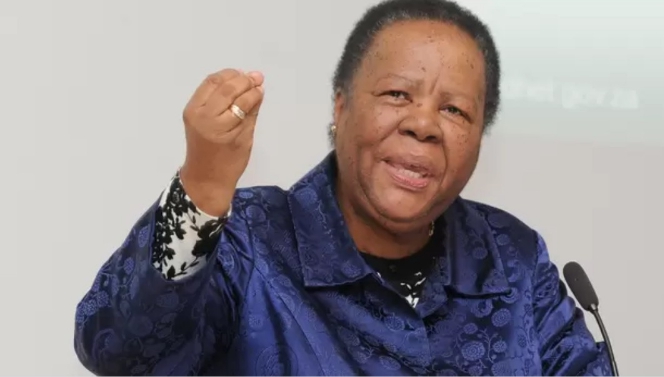 SAHARANEWS SOUTH Africa has snubbed Nigeria’s quest for compensation for its citizens who incurred losses from xenophobic attacks.

Nigeria is pressing for full compensation for victims of the unprovoked attacks and wanton killings.

The Federal Government’s envoy is in Pretoria in a diplomatic move to end the impasse created by the situation.

But South Africa’s Minister of Foreign Affairs, Naledi Pandor, said on Thursday that payment of compensation was not in the country’s law.

Following persistent attacks over the years, many Nigerians – about 200 – have been killed. Many more have lost properties and goods worth millions of dollars, according to the President of Nigerian Union in South Africa Adeola Olubajo.

As a result of this, the Federal Government has been pressing for compensation.

Minister of Foreign Affairs Geoffrey Onyeama reiterated the demand for compensation on Thursday in an interview with reporters at the Presidential Villa in Abuja.

On Tuesday, Onyeama said: “Full compensation has to be paid because as we have discovered from previous experience, a lot of these Nigerians loss their property and it is a long drawn out process and very often are not compensated for it. But on this occasion, the Nigerian government is going to fight for full compensation and hold the government of South Africa to count.”

The South African foreign minister also alleged that Nigerians are involved in drug and human trafficking.

Pandor spoke while responding to criticisms that South Africa’s security agencies were not doing enough to protect foreigners in the wave of xenophobia rocking the country.

(VIDEO) Buhari Did Not Know Where He Kept His Certificate, Let’s Pardon Him – Lai Mohammed Appeal To Nigerians