2019: You have the solution to your problems, Vote…

Continue To Disobey Court Orders And Intimidate Judges, You Will Wake Up One Day To Discover That Nigeria Is No More – Fani-Kayode To Buhari 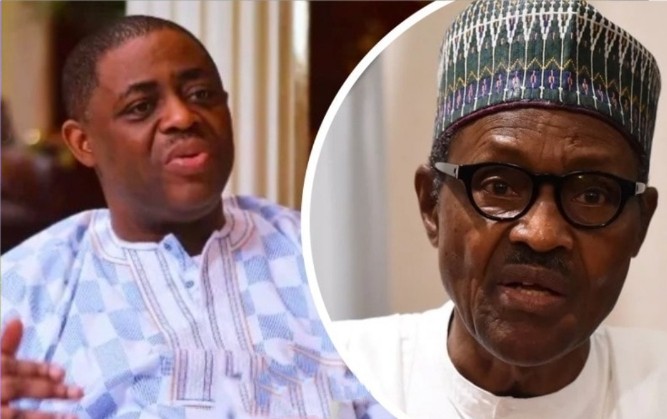 In a statement on his official Facebook page on Sunday, warned President Mohammadu Buhari over his continued disobedience of court orders noting it will cause more someday and his advisers will not join to suffer the consequences.

He argued why Department of State Security (DSS) failed to release Yele Sowore after 45 days detention from the same court that gave the order, adding that the president poised to “denigrate, torture, humiliate, kill, jail, decimate and utterly destroy” his critics, adversaries and perceived enemies.

ALSO READ:  Twenty People Crushed To Death By Trailer Being Chased By The Police

In his words: “Yele Sowore is detained by the DSS after they got an order from a Judge to detain him for 45 days. After the 45 days expires the same Judge orders the Department of State Security (DSS) to release him.

“However instead of doing so, according to media reports, the Federal Government is planning to report him to the National Judicial Commission (NJC) for refusing to keep Yele Sowore in indefinite detention even though he has not been formally charged with anything.

“I would be the first to tell you that Sowore is not an angel but what has he done to deserve this? Is he not a human being? Is he not a Nigerian? Does he not have rights? Is our nation not one that is governed by laws or the constitution?

“Mark this: your sadism and wickedness will attract God’s wrath. It is only a matter of time. And when that happens all those that are egging you on right now to breach the rights of others and to abuse your power will run away from you and leave you to face the music on your own.”

BREAKING: IPOB Members Reaches Out To A Biafran Activist On Verge Of Committing Suicide With So Much Love