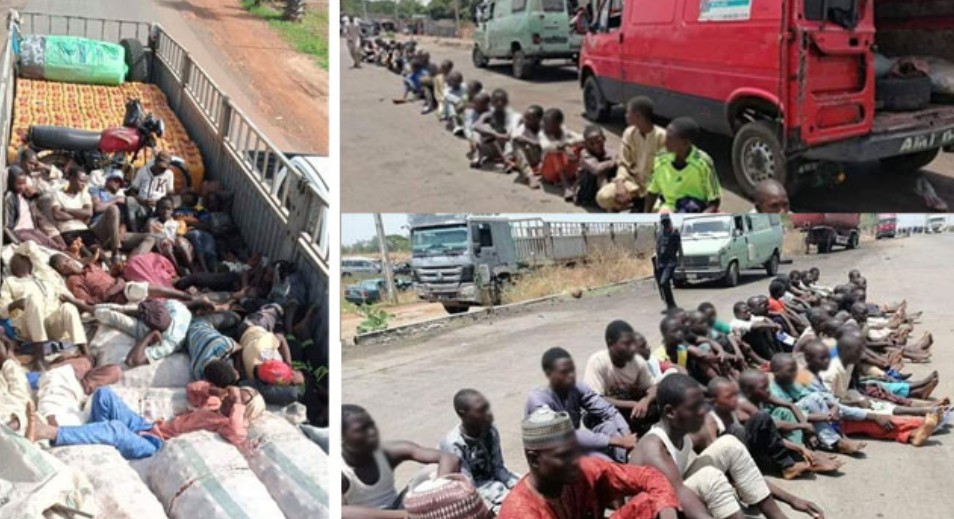 SAHARANEWS – No fewer than 150 travellers including almajiri children have been intercepted in three vehicles by security operatives along the Abuja- Kaduna road on Wednesday.

They were attempting to move into Kaduna State from the Federal Capital Territory, (Abuja) and Nyanya in Nasarawa State.

The Commissioner for Human Resources and Social Development in the state, Hafsat Baba, confirmed this to Channels Television on Wednesday, adding that other almajiris were also intercepted in Soba and Giwa Local Government Areas of the state.

According to her, out of the 150, 90 are from Kano State, while the others are from Nasarawa and Birinin Gwari Local Government in Kaduna.

She further explained that all the non-indigenous Almajiri and other travellers have been returned to their states, while those from Kaduna have been quarantined for a period of 14 days.

Baba stressed that the ban on inter-state travels at this moment is still in full force in Kaduna state. She, therefore, warned that any unauthorised person coming into the state will be sent back or quarantined for 14 days.

ALSO READ:  COVID-19: Danger In The South-East As Group Raises Alarm Over Smuggling Of Corpses In Body Bags Into Anambra State From Kano