JUST IN: Linking Us To Death Of Prophet Nwoko, Effort In…

COVID-19 LOCKDOWN: (VIDEO) Man Calls Police For Girlfriend Over Too Much Sex, Begs For Relocation 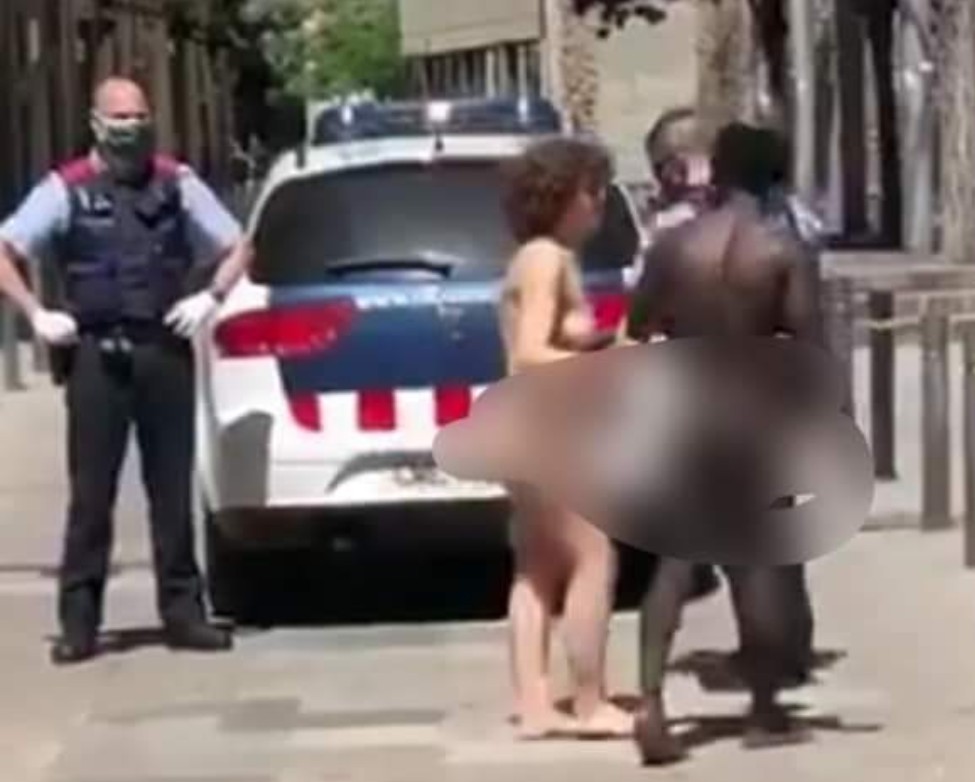 SAHARANEWS – A man has cried out to the cops for help after he got tired of coronavirus lockdown with his girlfriend who nymphomaniac.

The incident reportedly happened in Italy.

The man, whose identity is yet to be ascertained as at the time of this report called the police for protection and possible relocation after his insatiable partner refused to let him rest from having s3x with her.

SaharaNews gathered that they had sexual intercourse several times, but the s3x freak lady always wanted even more.

The man after getting tired of his woman sex drive decided to call the cops for help. He then decided to rush out naked when he noticed that the cops were outside to come to his aid.

Whilst naked, the nymphomaniac also decided to follow her man who ran out naked to meet the cops who were there to save him.

According to the video obtained by SaharaNews the woman was seen trying to persuade her man to let them go back inside but the man who has been exhausted from the incessant s3x pushed her away.

One of the cops was also seen warning the woman to stay back from the man.

BREAKING: Drama In Kogi As NCDC Officials Refused To Be Tested, Took To Their Heels After The Gov Insists They Must Undergo COVID-19 Test