I Need Your Support To Pick My Successor, Buhari Tells APC… 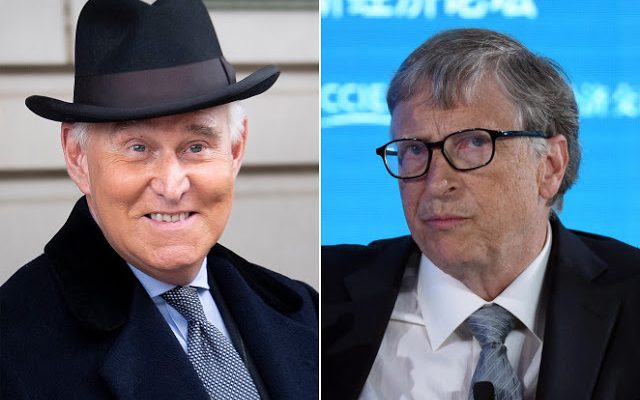 SAHARANEWS – American political consultant, lobbyist, author and Trump’s Adviser Roger Stone, on Monday suggested that Bill Gates may have had a hand in the creation of coronavirus so that he could plant microchips in people’s bodies to know who has and has not been tested for COVID-19.

“Whether Bill Gates played some role in the creation and spread of this virus is open for vigorous debate. I have conservative friends who say it’s ridiculous and others say absolutely,” Stone told Joe Piscopo, host of the radio program “The Answer” on 970 AM, who had asked about conspiracy theories regarding the pandemic.

ALSO READ:  Black Man Arrested For Kidnapping A White Racist Lady And Forcing Her To Watch Documentary On Slavery

IgbereTV recalls that Bill Gates had predicted the Covid-19 pandemic in 2015, when he said, “We’re not ready for the next epidemic. The greatest risk of global catastrophe looks like a virus. Not missiles, but microbes.”

Gates warned that humanity had invested “very little” in systems that could contain the next pandemic, and that a failure to prepare could make the next one “dramatically more devastating than Ebola”.

Gates’ prediction appears to be accurate, as Ebola killed about 10,000 people while Covid-19 has killed more than 100,000 people.

But the prediction made by Mrs. Gates, wife of Bill Gates, about the Covid-19 pandemic in Africa made the theory of microchipping bodies look more convincing. She warned that if the world does not act fast enough, then there will be dead bodies all over the streets of Africa

She said, “Its going to be horrible in the developing world.
“Part of the reasons you are seeing the case numbers still do not look very bad, is because they don’t have access to many tests.
“Look at what is happening in Ecuador, they are putting bodies out on the streets, you are going to see that in countries in Africa.”