#EndSARS massacre is false, nobody was killed — Lai Mohammed

Danjuma La’ah: If I Open My Mouth On Bandits Attacking Southern Kaduna Heads Will Roll 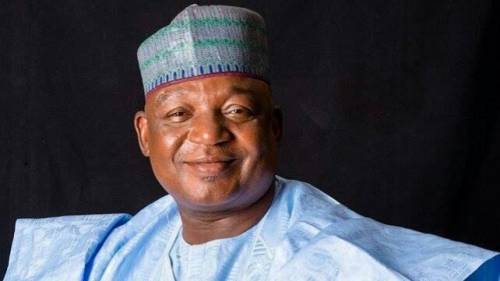 The Senator addressing Kaduna South Senatorial region, Danjuma La’ah, has uncovered reasons he shed tears on various events on the floor of Upper Chambers while introducing movements on banditry assaults in his voting public.

The Federal administrator expressed that a portion of his senatorial associates imagined that banditry exercises in Southern Kaduna appeared to be a Southern Kaduna issue alone.

Talking on the advancement in his senatorial area, the La’ah reviewed how he told representatives that one day, every one of the 109 Senators would experience instability, in type of scoundrels, grabbing insurrection and different types of guiltiness, focusing on that his words had become real factors.

He said, “I have sobbed times without number, yet I realized opportunity will arrive and opportunity has arrived in light of the fact that while I was sobbing in the chamber when introducing movements on banditry in Southern Kaduna, I said that one day some way or another, that these things will influence all of us.

“Since we were feeling that it was simply implied for Southern Kaduna, yet let me know which state in this nation has not been influenced by desperados?

The official said after he introduced a movement on weakness in Southern Kaduna a few times, he hushed up, expressing that in the event that he proceeded with dependent on what he knew, “heads would roll and the world will flip around. Along these lines, it is better I permit the dozing canine falsehoods.”

He said banditry exercises in Southern Kaduna were not new, while he trusted that in the continuous clampdown against criminal components in the north, the individuals who raised and prepared scoundrels should drive them away.

He added, “This load of things are not new. Outlaws, Boko Haram and agitators and my movement has from the beginning not been changed from what it is. We can just implore. Those that raised them around there ought to be the very individuals that will come and drive them out of this spot.”

Requested to talk on Constitution correction, Senator La’ah revealed that the Senate authority purposefully declined him to be an individual from the Constitution Review Committee led by the Deputy in Senate President, Senator Ovie Omo-Agege, on the grounds that they considered him too difficult to even think about being there.

“What else will I say? I won’t say what I don’t have the foggiest idea. It’s acceptable that individuals denounce me, assuming they don’t, I am not a Senator since what influence one Senator influences all.”