JUST IN: Plot By INEC, Ikpeazu To Rig 2019 General Elections… 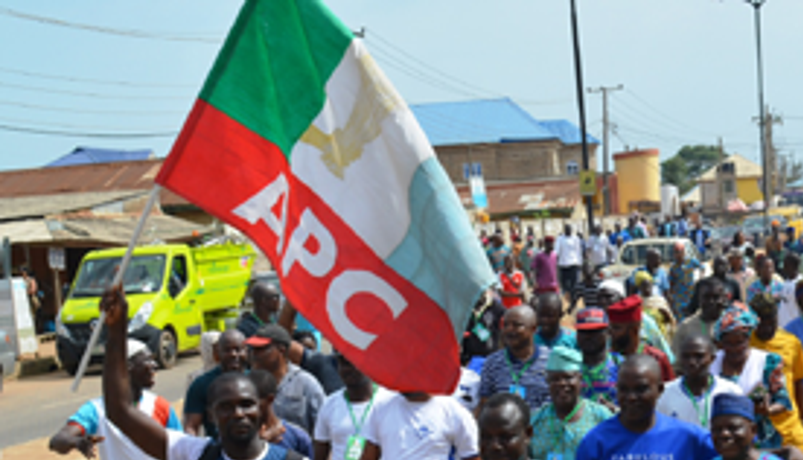 The registration and revalidation exercise of the Delta State chapter of the All Progressives Congress (APC) on Wednesday turned violent as party members were seen throwing plastic tables and chairs at one another after a free-for-all broke out at the venue of the event.

As the party members threw punches, SaharaReporters observed that security personnel only watched without interfering.

The fracas, which occurred at the party’s state secretariat along Anwai Road, Asaba, witnessed the beating of the Deputy Chief of Staff to the Deputy Senate President, Alex Onwuadimu, the APC chairman of Oshimili South, Ben Onwuka and scores of party members as many sustained various degrees of injury.

SaharaReporters reliably gathered that trouble started when the state APC caretaker committee chairman, Jones Erue, in alleged connivance with the Deputy Senate President, Ovie Omo-Agege, abandoned what party members called “consent judgement list” from the party’s National Secretariat, Abuja, removed the names of some party ward chairmen across the state and replaced them with the names of loyalists of Omo-Agege.

Sensing that they might be schemed out of the game, loyalists of the party’s 2019 governorship candidate, Great Ogboru, who were visibly angry with Erue for abandoning the “consent judgement list”, challenged him.

Apart from that, they also called for his removal to avoid what they called “killing of the APC in Delta State”.

All efforts by the deputy senate president to get the party members to calm down were abortive as the clash continued between the loyalists of Omo-Agege and Ogboru, therefore bringing the registration exercise to an abrupt end.

SaharaReporters learnt that as the fracas became more aggressive, Omo-Agege, Erue, and some others scampered for safety.

Some of the party members had their shirts torn and had to leave the secretariat almost.

It was gathered that before now, Ogboru, who is believed to be interested in contesting the governorship election in 2023, had petitioned the national body of the party, calling for the immediate removal of the Erie-led executive in the state.

Speaking with our correspondent, Ownuka, APC chairman in Oshimili South Local Government Area, who was beaten up during the fracas, blamed the problem on the removal of the names of party chairmen from the consented lists, which was described as illegal and fraudulent.

He said, “What happened at our party secretariat was a fight against illegality, illegality in the sense that the state chairman, Jones Erue, and his cohorts removed the names of chairmen who were duly elected and replaced them with his boys who are not part faithful.

“I was constitutionally elected but now they are putting the names of those who never attended congress at all. Some of us see it as illegal and we had to revolt. And that was what caused the fight. They should do the right thing; this is a political party and not a personal party. I couldn’t bear it, so I had to fight it out with them.

“All the people calling themselves leaders do not have any background. Instead of showing what makes them leaders and canvassing our people to join in the registration, they are only there to shortchange people.”

Reacting to the fracas, the embattled APC state caretaker committee chairman, Erue, denied that he was ever involved in any problem at the party’s secretariat in Asaba on Wednesday.

“May the God I serve judge me whether I ever got into any conflict before, during and or after the meeting yesterday. How can gold rust?” Erue said.

BREAKING:Herdsmen Crisis is Not North Vs South Conflict, Ohanaeze Says