BREAKING News!!! Tinubu’s Running Mate Announces That He Has… 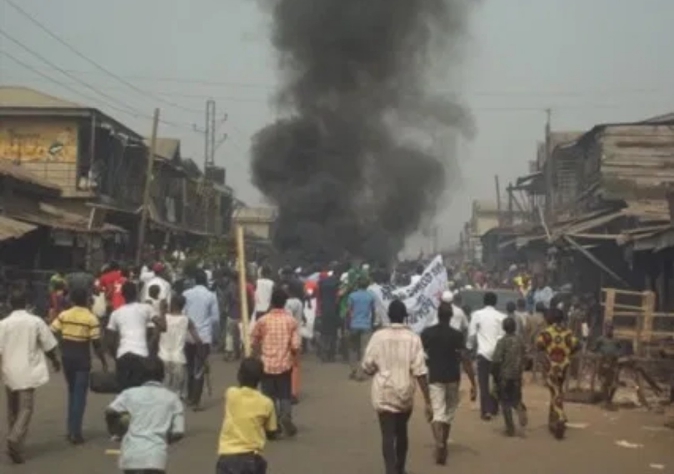 SAHARANEWS – Residents of Ekpan community, Uvwie council area of Delta state have been thrown into panic, following a clash between Igbo traders and suspected youths of the area over payment of development levy, popularly known as “deve”.

The incident reportedly occurred around the Udumoto area of Ekpan along the NNPC Housing Complex road.

SaharaNews learnt that trouble started when the Igbo traders declined to pay the youths a certain sum of money they had demanded from truck drivers who were offloading goods owned by the traders.

The Igbo traders who had earlier agreed to pay the illegal fee later refused to pay after the youths increased the fee and turned down the originally agreed amount offered by the traders. This according to both parties.

The traders, it was gathered, resisted them. The youths left but promised to reinforce and come back for a showdown. The youths made good their threats by mobilizing back to the area.

Our Sources stated that the traders had also brought in other members of their union from Warri and Uvwie to the scenario.

Although it was not clear how many sustained injuries, witnesses alleged that both parties had their share of wounds during the fracas.

However, men of the Nigeria Police have been deployed to the area to prevent further conflict between the groups.