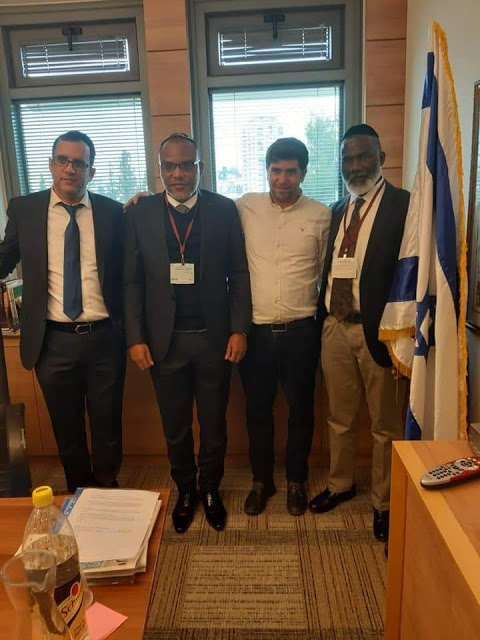 !- JERUSALEM – Nnamdi Kanu, the leader of the indigenous people of Biafra, IPOB, said he visited the Israeli parliament on December 31, 2018, for a diplomatic discussion on Biafra issues. Mr. Kanu has been in Israel since 2017 after the Nigerian army raided his home where they killed 28 people, including Jack, a dog owned by the family.
ALSO READ:  My Crime Was Wearing Biafra T-shirts, Not Having Biafra Passport - Chido Onumah Narrates Ordeal In The Hands Of DSS
“Happy New Year to all Biafrans and friends of Biafra.” “We’ve started 2019 on a high as we ended 2018. Our diplomatic offensive took us to the Israeli Parliament yesterday Dec. 31 where I met with the staff of an influential Knesset member who promised to help. We must continue!,” Nnamdi Kanu’s tweet reads. TWEET and PHOTOS

JUST IN: Ambazonia independence on sight as Biya bows to pressures.