BIAFRA: We Are Ready For Dialogue Now, Call For Meeting… 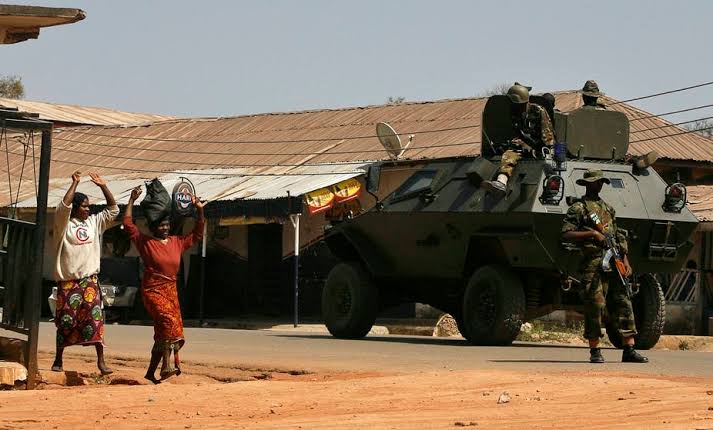 The Nigerian Army in joint operations with the police between April and May have raided and arrested scores of South-East youths, clamping them in underground cells and detention rooms in military barracks, top sources have revealed to SaharaReporters.

Some of the identified military camps are 34 Artillery Brigade, Obinze, Imo State, 82 Division Headquarters, Enugu State, and up north as far as Suleja, Niger State.

“The army and police have a certain NHSS Tactical Squad – whatever that means – which has been arresting the South-East residents, mainly youths, and locking them up in these discreet military underground camps.

“They are labelled as members of the Indigenous People of Biafra members and Eastern Security Network members and denied access to family members and lawyers. I know at least three military detention underground cells, and the squad at will kill some of the detainees, arrange rifles for them and say they died during gun battle,” one of the sources said.

“It was the same NHSS tactical squad which invaded the residence of IPOB lawyer, Ifeanyi Ejiofor last Sunday, and shot dead one of his aides, while three personal workers were taken away. They burnt the car and corpse, leaving no trace. If he was not a popular lawyer, who would report that incident? That is the pattern they adopt in the South-East – abduct, kill and burn corpses,” another source revealed.

In the third week of May, the Nigerian Army and the police intelligence response team stormed houses in the Onicha Local Government Area of Ebonyi State and parts of Owerri and Igwuocha area of Rivers State in a hosue-to-house raid of suspected IPOB and ESN members.

SaharaReporters had also exposed how the Nigerian military had drafted reinforcement troops from some of its formations fighting insurgency in Borno State to join the troops in the South-East region over the military’s clash with IPOB and ESN operatives.

Military sources had confirmed to SaharaReporters that the reinforcements were drawn from some battalions including the 231 Tank Battalion in Biu, Borno State, which is under the 3 Armoured Division, Jos, Plateau State.

“Yes, some troops are moving from the North-East to the South-east as reinforcements. They started moving from Wednesday. Among them are those from the 231 Tank Battalion; they are believed to be more trained in quelling uprisings,” a top source had confirmed.

President Muhammadu Buhari had three weeks ago held a meeting with the service chiefs and the Inspector-General of Police at the Presidential villa, Abuja, telling them to adopt certain security measures in the South-East and the South-South geopolitical zones of the country.

A former US Ambassador to Nigeria, John Campbell, had on May 24 condemned by the Inspector-General of the Police, Usman Baba, for clamping down on IPOB and ESN oepratives and violating the rules of engagement.

Campbell had called on President Muhammadu Buhari to call the IGP to order in the interest of national unity, while insisting that Operation Restore Peace launched by the police and the military’s clampdown on the IPOB members should be dissuaded by the Presidency in the interest of the peace and unity of the country.

Buhari has failed to heed Campbell’s warning and other advice from national and international quarters.