IPOB Know About The Killing of Imo Traditional Rulers’…

How man attacked Bishop Oyedepo while preaching on pulpit in… 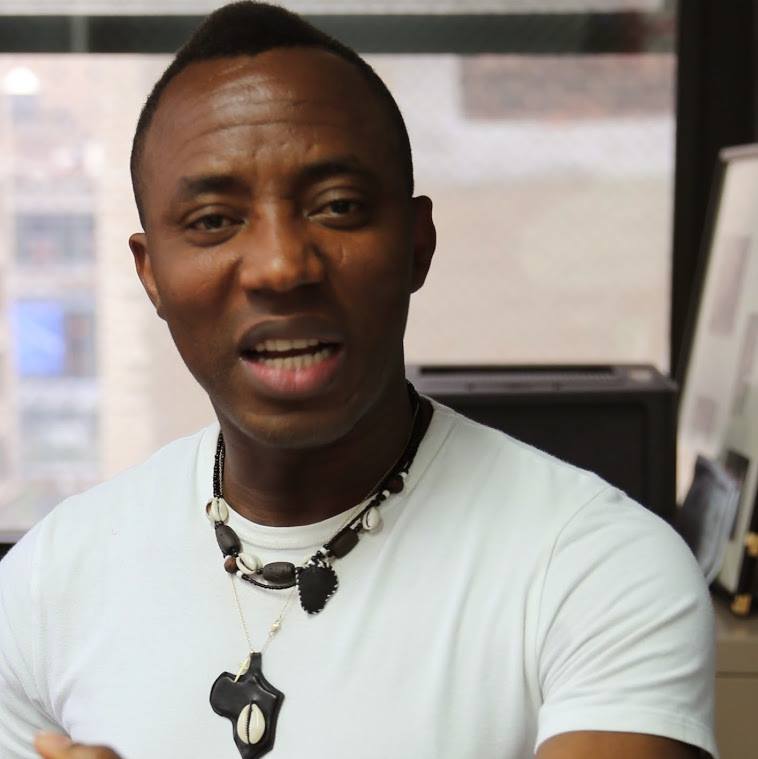 SAHARANEWS – Detained activist and convener of the RevolutionNow protest, Omoyele Sowore has denied the allegation by the Department of State Service, DSS, that he was sponsored by external forces to topple President Muhammadu Buhari’s administration.

Omoyele Sowore In a process he filed before the Federal High Court in Abuja, Sowore, who was the presidential candidate of the African Action Congress, AAC, in the last general election, admitted that though he had a meeting with leader of the proscribed Indigenous People of Biafra, IPOB, in the United States of America, he did not receive any fund to wage war against President Buhari.

Sowore told the court that contrary to allegation the DSS levelled against him in its counter-affidavit, he has never visited Dubai or any country in the United Arab Emirates, UAE, since he was born, saying the agency was not aware that he had a meeting with the IPOB leader till it was published on his online news platform, Sahara Reporters.

He told the court that DSS operatives that investigated both his local and foreign banks’ account details to establish if he received funds to fight against Buhari, said they could not believe that he does not have millions of Naira in them.

Insisting that he was illegally abducted, Sowore, told the court that he has been idle in detention and requires urgent treatment of ankle injury he sustained on August 2 when he was arrested by DSS operatives.

It will be recalled that Justice Taiwo Taiwo of the High Court had on August 8, granted the DSS leave to detain Sowore for 45 days.

The Judge held that the security agency was at liberty to re-approach the court on September 21 for an extension of the detention period.

However, Sowore had since challenged the legality of the detention order which he said was unconstitutional.

In a motion, he filed through his lawyer, Mr Femi Falana, Sowore, asked the court to vacate the exparte order and direct his immediate release.

In an affidavit he filed in support of points of law he raised to challenge his arrest, Sowore maintained that his reputation remained “unblemished” despite his detention.

He argued that President Buhari was never arrested over his past actions that were considered inimical to democratically elected governments.

He said though the Revolution Now mass protest took place in many cities across the Country on the August 5 in his absence, there was no reported attempt to violently topple the government in Nigeria.

“That on Tuesday, 2nd July 2019 he met with Mazi Nnamdi Kanu, a British national in New York City, United States of America and at the end of the said meeting, they both issued a joint press statement. A copy of the said statement is hereto attached and marked EXHIBIT A. The Applicant/ Respondent did not know about the meeting until it was reported in Sahara Reporters, an online medium published by him.

“That contrary to the deposition in Paragraph (vii-xi) of the counter-affidavit, there was nowhere in EXHIBIT SSS1 where he expressed a desire to launch any violent attack or topple any government in Nigeria.

“That is further response to paragraphs 4 (vii-xii) he did not plan a coup with anyone but he mobilized the Nigerian people including students and youths, workers, market women and other oppressed people to influence the federal government, the 36 state governments and 774 local governments to address the crises of corruption, maladministration, mismanagement of the economy and insecurity.

“The present administration had promised to create one million jobs per annum, build one million houses per annum, end epileptic supply of electricity, end corruption and impunity and restructure the country, end insecurity and manage the economy in the interest of the Nigerian people.

“Apart from failing to address these problems, the Muhammadu Buhari administration has compounded them in a manner that the majority of Nigerians are frustrated. “That aside the myriads of challenges noted above, insecurity has increased to the extent that thousands of people have been killed by terrorists, kidnappers, armed robbers, armed herders, armed soldiers and armed policemen without any hope in sight.”

JUST IN: Buhari Participates In The Opening Of TICAD7 [photos]