Zelensky bows to pressure from Russia, say Ukraine may not… 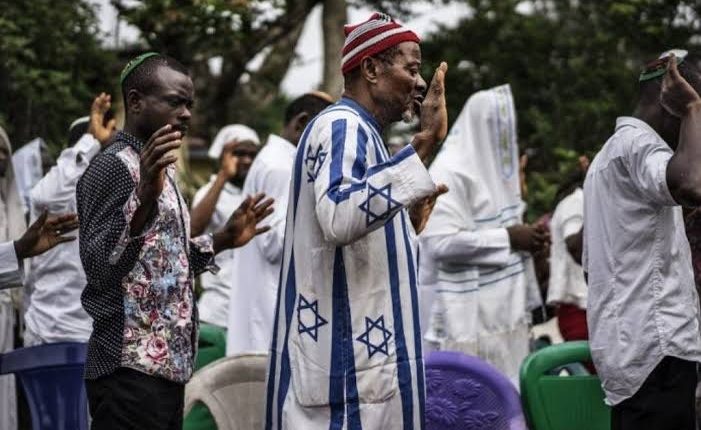 AWKA — The Department of State Services, DSS, has placed Jewish worshipers in southern Nigeria on a watchlist for their alleged links to the Indigenous People of Biafra, a group advocating an independent state known as Biafra.

Places of worship like local synagogues are now under surveillance by the secret agency, sources with the service told GIST BRIEFLY on Thursday.

The development came after Nigerian forces stepped up a crackdown on separatists whom they accuse of crimes and undermining national security.

“There are indications that many IPOB members and Biafra supporters are Jewish worshipers,” the source said, adding that “information and investigations by the DSS have revealed that these people sometimes hold meetings of Biafra in the synagogues”.

“The DSS has therefore placed these worship centers on the watch list. It is classified,” he said.

Meanwhile, a Jewish adherent from Anambra State in southeastern Nigeria, denied the claim, saying it was a DSS ploy to crackdown on Jewish worshipers because Nnamdi Kanu, the leader of IPOB, is a Jewish worshiper.

“Obviously the DSS is just trying to play smart, they want to go back to invading synagogues and justifying it with baseless allegations,” Chidubem said.

In 2020, Nigerian forces launched raids on synagogues in Nigeria where they razed six synagogues in the South-East region and arrested Jewish worshipers for alleged links to the separatist group.

The raid and arrest of Jewish worshipers dragged on into 2021 and 2022, with many adherents still detained, according to reports.