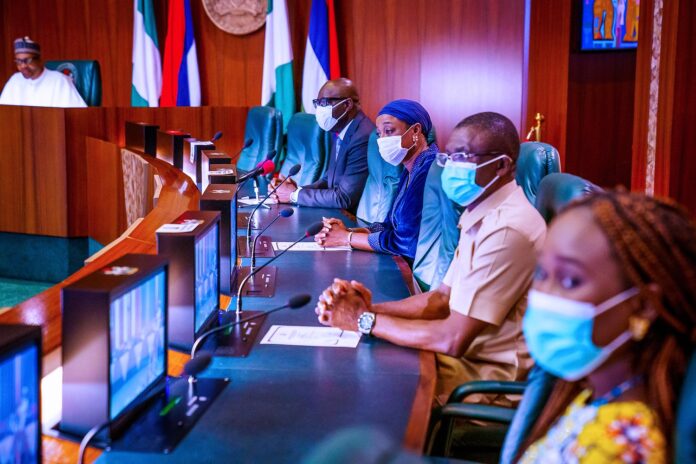 -Why IGP wanted me out of Benin during election

President Muhammadu Buhari on Friday re-evaluated last weekend’s governorship election in Edo State, saying that he could not escape being held responsible for the loss of his party, the All Progressives Congress (APC), at the poll.

But he said it was important for him to develop in the country a political culture based on integrity and build his party on a “civilized basis, rule of law and respect for human rights and human beings.”

Buhari spoke in his Abuja office while receiving Governor Godwin Obaseki who won the election after defeating the APC candidate, Pastor Osagie Ize-Iyamu.Obaseki, who was accompanied by his deputy Philip Shaibu and other Peoples Democratic Party (PDP) leaders, ruled out a return to the APC from which he switched camps to the PDP.He said going back to his former party would be immoral.

But the chairman of his campaign council, Governor Nyesom Wike of Rivers State, said the Edo governor was free to leave the PDP if he found that his new party was not working for him.

Wike, who featured in a television programme, also spoke on why he thought Police Inspector General Mohammed Adamu wanted him out of Edo State during the election.

He said it was because of some previous roles he (Wike) played, which did not go down well with the police authorities.

Buhari, at the meeting with Obaseki and Shaibu, said it was his duty to “preside over all Nigerian interests, whether I like it or not.”

Continuing, he said: “My single desire is to make sure that innocent people don’t suffer. That message I got across to the Inspector General of Police, that elections must be free and fair.

“If contestants have too much money and they decide to spray, so be it. But what I insist (on) is (that) nobody should go and raise a counter force to the government, arm heavily-drugged thugs to go and humiliate people.”

”We have lost states across the country. Now I do not like to escape the responsibility, seeing as the leader of the country, I am also the leader of my party, that I am not leading the party very well.

“I am trying to make sure that the party is built on a civilized basis, rule of law and respect for human rights and human beings, right from polling units to local governments, to states up to Abuja, and that’s what I have been insisting (on) as my contribution to the National Working Committee and executive of the party.

“I want the development of political culture to be based on integrity and accountability. Let people work very hard and earn what they are looking for through their hard work and through fair competition.”

He added jokingly: “I thank you for bringing your deputy and supporters to come and see me after beating my party.”

He also said he was congratulating Obaseki  ”reluctantly” because he defeated the APC candidate.

In his remarks, Governor Obaseki thanked the President for ensuring fair play during the election.

He recalled how the President, a few weeks before the election, assured him that “we were going to have a free, peaceful and credible election.”

He said: “That is what we had during the election of September 19, and the whole world has acclaimed that Edo election was perhaps one of the best conducted in recent times in Nigeria.

“This could not have been possible without your insistence that the right things be done, and for that, we want to say thank you very much.”

No plans to return to APC now — Obaseki

In an interview with State House correspondents as he emerged from the President’s office, Obaseki ruled out the possibility of him returning to the APC, saying that going back to his old party would run against Buhari’s gospel of integrity.

The governor dumped the APC for the PDP following his disqualification from the party’s gubernatorial primaries.

He also said he would not attempt to replace former APC national chairman, Comrade Adams Oshiomhole, as the new godfather of Edo politics.

He said: “Gleaning from the comments of Mr. President, he said that he wants to leave a democracy that is built on integrity, accountability and hard work.

”Those were his words and I subscribe totally to that. It will not show integrity, it will not demonstrate somebody that has ethical or moral foundation to do what you asked about.

“I couldn’t have contested on a party, won on that party and then consider moving to another party. It is not the kind of thing to do, it’s not the right thing to do and I am sure you will not encourage me to do that.”

Asked about the concept of godfatherism and if he would consider playing that role now that he has gained victory over his own godfather, the governor said he is opposed to the idea.

It is unconstitutional, he said.

“In the case of godfathers in our politics, I have said in several fora that the whole concept of godfatherism is very dangerous to our democracy. And that is why when we came into the political fray 2006/2007, the mantra then was to get rid of godfathers from our political life.

“When people who have nothing at stake, no checks and balances, just arbitrarily decide that this is the way the constitution should be interpreted or constitutional players should operate, that’s where problems come in.

“God forbid I become a godfather. I should be dealt with accordingly because it’s dangerous to the concept of democracy.”

On how he might unify Edo State, Obaseki said: “It is really unfortunate that there is so much bitterness, and I can assure you that most of it did not come from my camp, because we were not desperate. But that is neither here nor there.

“We also have to appreciate the role of the social media. Since COVID-19, the import and the impact of social media technology is at all time high.

“So, it’s not that in the past such hurtful words, hateful speeches were not used, but it was never at the level of proliferation and spread as it has had now because of social media.

“We will continue to try and heal the land. Fortunately, it doesn’t show that Edo people are divided; it shows essentially that Edo people have come together under one umbrella. That is what the election has shown.”

Obaseki free to return to APC if… —Wike

The chairman of the Obaseki Campaign Council, Governor Nyesom Wike of Rivers State, said it would be difficult for the Edo State governor to rejoin the APC, as he would not forget how the PDP gave him an umbrella when he was left in the rain.

Speaking on Channels Television yesterday, Wike said: ”I don’t want to discuss something that is not going to be possible. However, assuming it happens, so what? That is politics.

“If the governor believes that the PDP is no longer a party for him to actualise his vision and his mission, there is nothing wrong. But I don’t believe that it is going to happen, because the governor has consistently told us that there is no way he will leave the PDP. If he leaves the PDP, people in Edo State will not be happy.

Wike denied funding Obaseki’s campaign, saying the Edo governor already had sufficient resources of his own to prosecute the campaign.

On his telephone conversation with Police Inspector-General Mohammed Adamu on the eve of the election, Wike said he was asked to leave Edo State immediately.

He said: “The IG never saw me outside. I was inside my room and I got a call from the IG that I must leave Edo State.

“What surprised me was why should I leave Edo State? I am the chairman of the campaign council and the chairman does not mean that after the campaign, you leave. No, you must monitor what is going on so that at the end of the day, you would be able to write your report.

“I discovered that the IG’s own had nothing to do with the election. Because I remembered that some time ago, my commissioner returned to me from a FAAC meeting and said there were deductions made to the Police Trust Fund.

“I asked who approved it, because the police are under the exclusive list and not the concurrent list. I told my attorney-general to challenge it. This angered the IG.”

He also said he apparently incurred the wrath of the police boss after he (Wike) prevented the police from arresting a former acting Managing Director of the Niger Delta Development Commission, Joi Nunieh.

”When our sister, Joi Nunieh, was to be abducted, IG was not happy about my intervention. He called me and I asked him how could you allow a woman to be taken away at 4 am, knowing the security situation in the country today? Why didn’t you invite her?”

He alleged that pressure was being mounted on the Independent National Electoral Commission (INEC) and the security agencies to scuttle the will the people during next month’s governorship election in Ondo State.

The governor in a statement signed by his Commissioner for Information and Communications, Paulinus Nsirim, said the national leadership of APC was not happy that the party lost Edo to the PDP and would do everything possible not to lose Ondo.

He said: “Having lost Edo State, everything will be done not to lose Ondo State, because they know that will mean the end of APC. It is such pressure that is on INEC and the security agencies now that may lead to their compromising.

“I fear that INEC and the security agencies may succumb. But I pray they resist it and continue to defend democracy. In Ondo State, the will of the people are against them and incumbency will not work.”

BREAKING: Despite The Postponement Of The General Election, A Governor’s Special...

JUST IN: Army promotes 231 senior officers, a look at the... 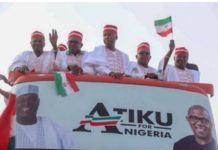 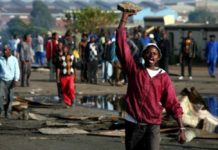 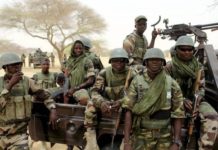