TRAGEDY: Nigeria, Now In Hands Of The 4th Deadliest…

BREAKING: Okorocha In Fresh Trouble As EFCC Raises Team to… 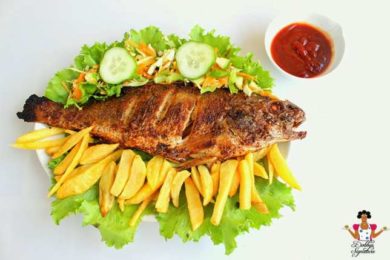 Operatives of the Economic and Financial Crimes Commission (EFCC) have intercepted gold worth about N211 million being illegally transported through the Murtala Mohammed International Airport, Lagos State.

EFCC Acting Head, Media and Publicity, Mr Tony Orilade, disclosed this in a statement in Abuja on Tuesday.

NAN quoted Orilade as saying the consignment was en route to Dubai.

He said “following intelligence reports, the operatves on November 9, 2018, uncovered the gold weighing about 35kg just at the point of departure of a suspect currently in the EFCC’s custody”.

He said that investigations were currently ongoing to unravel the accomplice behind the illegal movement of the item.

“Meanwhile, the suspect is cooperating with operatives,” Orilade added.

“It will be recalled that the EFCC, also in March 2017, intercepted bags containing a total of N49 million cash being illegally transported out of the country through the Kaduna International Airport.”