EKWEREMADU: “Igbos Are The Only People Who Pass Judgment On Their Gods” – Osita Chidoka 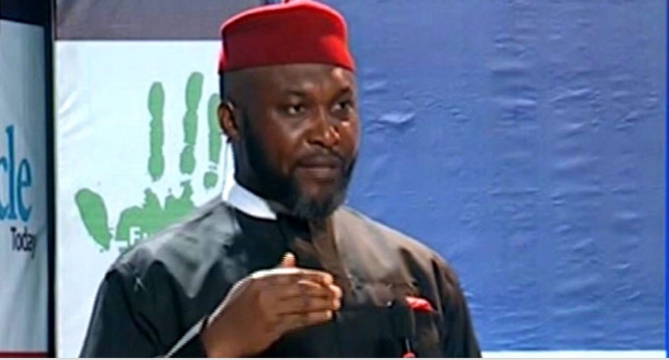 SAHARANEWS – The former Aviation minister and governorship candidate of United Progressive Party(UPP), chief Osita Benjamin Chidoka has said that Igbos are the only people in the word that pass judgment on their gods.

The former minster, through his Twitter handle which was obtained by SaharaNews, said that in Igbo tradition, when a god becomes too demanding ,it brought out to the outskirts of the village and destroyed.
Therefore dealing with bad leaders by holding them accountable is part of our tradition he said.

Osita said this while reacting to resent confrontation of some Southeast political leaders abroad by some angry IPOB members.