Has he been killed or Poisoned? — Family, lawyer asks as DSS…

Crime: Best wishes to those waiting to see me arrested –… 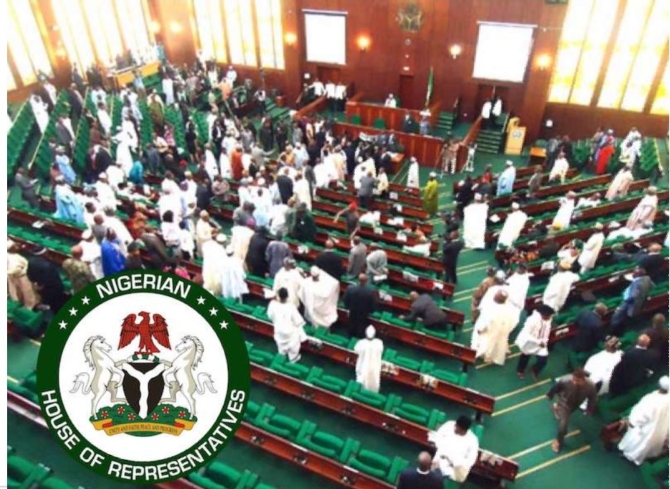 The House of Representatives has moved to enact a law that would protect Nigerian politicians whenever they travel abroad.

This comes on the heels of the attack on Senator Ike Ekweremadu in Germany, by members of the Indigenous People of Biafra, IPOB.

SaharaNews had reported that the immediate past Deputy Senate President was petted with eggs by aggrieved members of IPOB at an event in Nuremberg, on Saturday.

In a statement made available to Igbere on Sunday, Chairman, House Committee on Foreign Affairs, Hon. Yusuf Buba Yakub, said the attack on Ekweremadu was rather unfortunate.

The lawmaker said that there were other civilized ways within a democratic setting to show grievances by any individual or group.

He said the House upon resumption from recess in September would thoroughly investigate the case, while calling on the Nigerian Ambassador to Germany, Yusuf Tugger to probe the attack and bring the perpetrators to book.

“I, like most concerned Nigerians and others across the globe, have followed with utmost concern and worry about the treatment that was meted out on Sen. (Dr.) Ike Ekweremadu yesterday in far away Nuremberg, Germany, where he had, on the invitation of his people, gone to attend the Second Igbo Cultural Festival of Iri Ji in that part of Europe as a Distinguished Guest of Honour.

“Sen. Ekweremadu, an accomplished scholar in the legal profession and political leader of high standing in society, is one of our longest-serving Senators, who had also in the last twelve years until June this year held sway as the Deputy President of the Nigerian Senate. Before joining the Senate, he was also Secretary to the Enugu State Government and had before then served in various capacities in that State.

“Given the high personality profile and the public service record which Sen. Ekweremadu parades, it is unthinkable that any individual or group anywhere in the world, let alone his very own people in the Diaspora, who ought to know better, should contemplate and carry out the despicable public act of shame that was brought upon a well-respected national leader of Sen. Ekweremadu’s stature before the glare of the entire global community in Germany.

“I, therefore, in very strong terms, condemn in its entirety the action of the group of Igbo people, alleged to be members of the outlawed IPOB, that had attacked Sen.Ike Ekweremadu in Nuremberg, Germany on Saturday, August 17. I also wish to join other Nigerians and leaders to call on the Nigerian Ambassador to Germany, H/E Amb.Yusuf Maitama Tugger to make good his promise to investigate and bring to book everyone who was part of that dastardly assault on a serving national leader.

“On my part, I promise to lead the House Committee on Foreign Affairs which I currently chair, and, indeed, other Members of the House, who have since yesterday continued to call in to express their indignation against and condemnation of the act, to move a Motion on the floor of the House and to call for broader investigations on the matter with a view to decisively dealing with all those involved and seeking protection for the politically-exposed persons on foreign trips and assignments in foreign jurisdictions. Sanwo-Olu to inaugurate cabinet this week

“While conceding that it is the right of any group or individual to protest against a perceived wrong done to them in every democratic set-up, like ours, but it goes without saying that there is a limit to the extent any protest can go. It ceases to be a protest, for instance, when those involved in such a protest begin to make attempts on life or endanger the rights of others to peaceful and lawful assembly as we saw in the case at Nuremberg, Germany. As law-abiding people, we must have recourse to civility and proper ways of doing things at all times