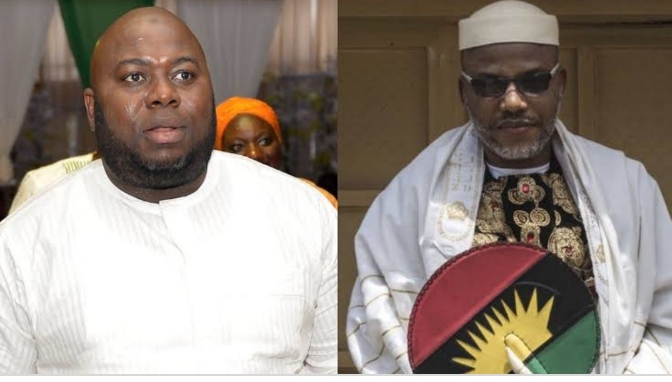 Dokubo said this while lambasting Kanu over the attack on former Deputy Senate President, Senator Ike Ekweremadu, by some IPOB members in Germany, over the weekend.

He lamented that Ekweremadu, who helped Kanu secure bail, would be attacked by IPOB members.

In a video he posted on his Facebook page, Asari said: “Fellow Biafrans, I saw this coming that a fellow Frankenstein Monster was being created. I saw the signal, saw the red flag and I warned that if something is not done about Nnamdi Kanu, he would consume the Igbo people.

“I took time after the latest attack on one of our finest and best lawmaker, Ike Ekweremadu, who I know very well was one of those who made this ingrate called Nnamdi Kanu to come out of prison. I’m privy to most of the discussion and I feel very sad that I was part of those meetings.

“Ekweremadu and Abaribe were the arrow heads that moved for the release of this ingrate called Nnamdi Kanu.

ALSO READ:  JUST IN: I Am Nigerian By Birth - Atiku Cries Out

“That Ekweremadu will be attacked, disgraced and his clothes torn for what purpose and to achieve what is unexplainable.

“If this dangerous trend is stopped among Igbo Biafrans, where one man abrogate to himself the right to give life and pronounce death, then he will be in fire because others will fight him.

“Fulani herdsmen are killing people and I have not heard cowardly IPOB raising their hands to defend the South East, it’s only to sneak in the night and kill fellow Igbo Biafrans.

HAPPENING NOW: Total break down of law in Zamfara

SECURITY: Forest Guards Kick Off In Enugu As Ugwuanyi purchases 260... 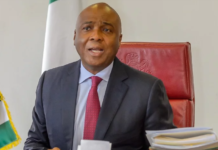 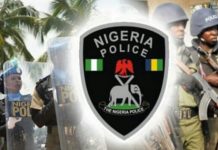 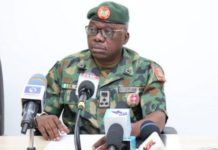 We Expect Up To 25% Of Trainees To Die During Recruitment... 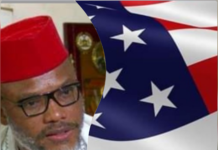