Muslim-Muslim Ticket: Good Bye To APC, God Has Rejected The… 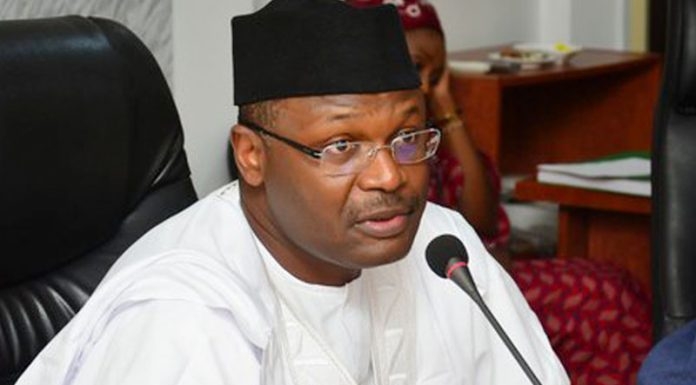 No fewer than a dozen people who said they were deployed as electoral officers by the Independent National Electoral Commission (INEC) for the 2019 presidential election have admitted under oath that they transmitted results electronically.

A question about whether or not results were forwarded to a central database of the commission has been amongst the top grounds for contesting the presidential election results by Atiku Abubakar and his opposition Peoples Democratic Party (PDP).

Mr Abubakar was the main challenger to President Muhammadu Buhari at the February 23 elections.

On February 27, the electoral umpire declared Mr Buhari winner of the elections, and issued him a certificate of return for a second four-year term starting May 29.

Mr Abubakar and his PDP challenged the results at the Presidential Election Petitions Tribunal last month, saying he won the election and was in possession of evidence that would upturn the declared outcome.

Mr Abubakar’s legal team submitted a different result to the tribunal, which showed the former vice-president as the winner of the election. The result showed Mr Abubakar had scored 18,356,732 votes to defeat Buhari, whom they said received 16,741,430 votes.

Mr Abubakar’s lawyers said the results were released by an INEC whistleblower who had access to the commission’s internal server and other tools throughout the election.

They also provided unique identification information of computers that they said belonged to INEC, which they expected experts from Microsoft, IBM and Oracle to corroborate.

Denial
In its initial response to Mr Abubakar’s petition, INEC strongly denied operating a server during the election, saying such activities were not permitted by the electoral law. The commission accused Mr Abubakar of circulating fake results for the purpose of his petition.

Mr Buhari and his ruling All Progressives Congress (APC) also sided with the electoral umpire and alleged criminal interception of a public institution’s communication by Mr Abubakar and the PDP.

In a response to INEC’s denial of the server and its purported result, Mr Abubakar’s legal team attached affidavits from 12 persons they said worked for INEC.

The witnesses comprise seven presiding officers and five assistant presiding officers. They were six each from Borno and Yobe, and swore they were adequately recruited and trained by the commission ahead of the election.

“I took part in the conduct of the Presidential and National Assembly (Senate and House of Representatives) elections…where I served as the presiding officer (PO) and I ensured the use of the smart card reader for accreditation, verification, authentication, collation and transmission of votes in my polling unit.

“At the end of voting, the information on the smart card reader, the results inclusive were collated by me in the presence of the party agents and other ad-hoc staff of the 1st respondent after which my assistant presiding officer (AP0-1) transmitted the result electronically in my presence to INEC’s server using the smart card reader and the code provided by the commission,” a typical testimony from one of the witnesses read.

The wording of the affidavits was identical. Assistant presiding officers also swore they sent the results to a designated INEC server.

YIAGA
Meanwhile, the Youth Initiative for Advocacy, Growth and Advancement (YIAGA) said its observers saw polling officers ‘attempting’ to transmit results electronically in 65 per cent (961 of 1489) of polling units observed on the presidential election day.

The group’s director, Samson Itodo, said the data only captured polling officers who made attempts to transmit results using smart card readers. It could not confirm whether or not the transmissions were successful.

A spokesperson for INEC declined comments to PREMIUM TIMES about the comments of the presiding officers and their assistants.

The officers are usually deployed for elections on ad-hoc basis, and most of them were not the commission’s employees.

An election expert and director at one of the main election observer groups told SaharaNews some results were transmitted via the smart card readers, but were only designed to aggregate results from across the country.

“There were some polling units whose card readers were used to transmit results on election day for aggregation,” the expert said under anonymity because of his closeness to the commission and also to avoid publicly commenting on a matter already in court.

“The law and the guidelines allowed only manual transmission in all the stages of the results collation,” the expert said. “That may be why the commission decided to deny using electronic means for its own internal compilation.”

He said only the court could hold INEC responsible for any discrepancy in its internal results and what the commission declared to the public.