ELECTIONS: The Unity of Nigeria largely Depend on The Outcome of 2019 Elections – US Envoy 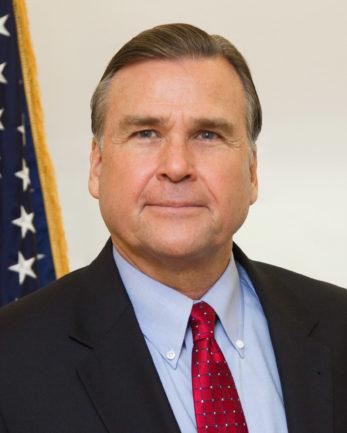 United States Ambassador to Nigeria, Stuart Symington has stated that the forthcoming elections will define the future of the country, urging all stakeholders to promote credible and peaceful elections.

Addressing journalists after meeting with the Rivers State Governor, Nyesom Ezenwo Wike at the Government House Port Harcourt on Wednesday, Stuart Symington declared that all institutions of Government must do what is right.

He said: “All of the institutions of Government must do what is right . Election is not a matter of life and death.

“It is a matter of defining the future of Nigeria. There must be free , fair and credible elections “.

He said that the idea of a free people with the ability to make free decisions remains the most important idea in the world.

He said: “I am quite confident that on election day, the sons and daughters of the powerful will not be out there causing violence”.

He urged people to have the courage to reject any call for them to be engaged in violence during the elections.

On the campaigns, he charged the electorate to always ask their political leaders to outline ways through which they will actualize their promises.

He said that President Muhammadu Buhari of the APC and the Former Vice President Atiku believe in the votes of the people making a difference during the polls.