“How Can 219 Girls Be Missing And Our Leader Appears… 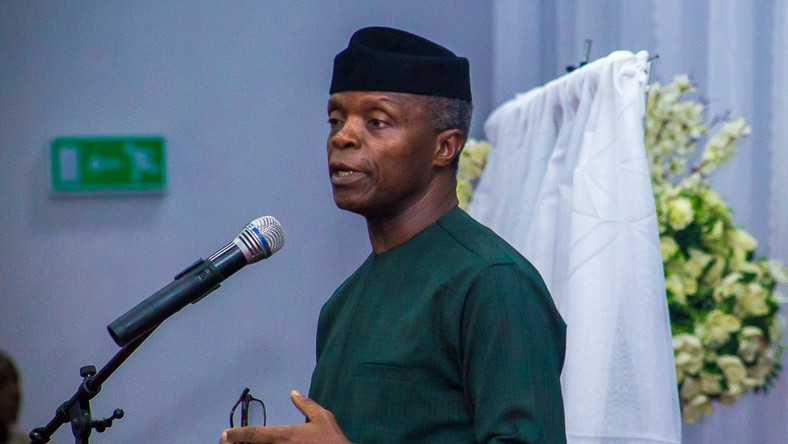 SAHARANEWS – The Vice-President Yemi Osinbajo says he will waive his constitutional immunity to be investigated.

Osinbajo made this known on Wednesday in a tweet.

“In the past few days, a spate of reckless and malicious falsehoods have been peddled in the media against me by a group of malicious individuals,” he tweeted.

“The defamatory and misleading assertions invented by this clique have been making the social media rounds anonymously.

“I have today instructed the commencement of legal action against two individuals, one Timi Frank and another Katch Ononuju, who have put their names to these odious falsehoods.

“I will waive my constitutional immunity to enable the most robust adjudication of these claims of libel and malicious falsehood.”