BREAKING: Our Special Forces Are Battle Ready For Any… 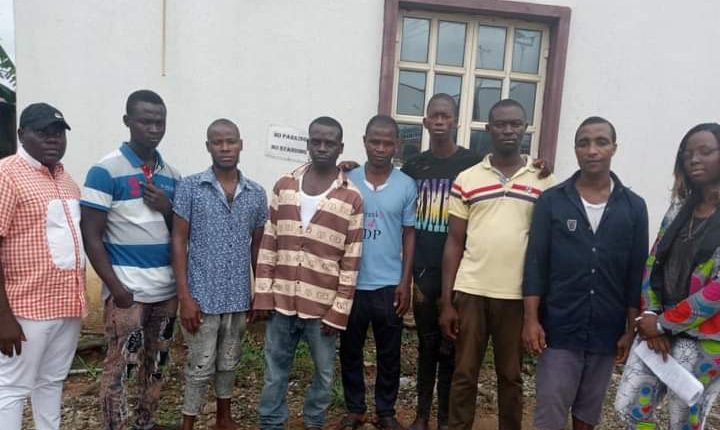 The unwavering Indigenous People Of Biafra, records yet another prodigious victory, as Ten activists abducted during the October 2021 End Sars protest, regains freedom.

The activists were charged for Murder, Treason and other trumped up charges, hence remanded in Afara Prisons Umuahia, as ordered by the Trial Court.

This colossal victory, occurred on the 2nd Of September 2021, following the due perfection of their stringent Bail conditions by IPOB Legal Support Team, prior to the fierce Legal combat, Bail applications moved by Barrister Ifeanyi Ejiofor Chambers(IPOB Lead Counsel) and granted by a High Court sitting in Umuahia on 19th July, 2021.

The Stringent and Unfair conditions reads as thus;

(2)Each Applicant shall provide Two(2) Sureties each (I.e TWENTY SURETIES ARE REQUIRED)

(3)Sureties to be resident within the jurisdiction

(7)Each Surety shall swear an affidavit of means

(8)Sureties to provide Three(3) Passports each

(9)Each Applicants shall provide Two Passports each

The activists who were incarcerated for Eleven months in the Prison facility, raised their thunderous voices in Joy and appreciated the efforts of IPOB Leadership, towards their freedom.
With a relentless and brave hearts, they reiterated their support towards Biafra restoration, as they reunite with their beloved Families.