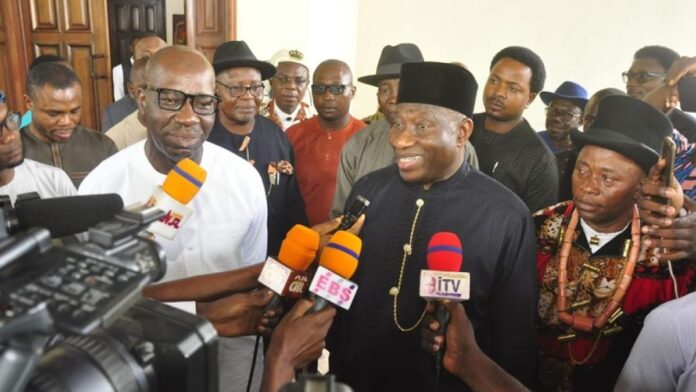 Former president Goodluck Jonathan has
condemned the “use of deadly force” on
#EndSARS protesters in Lagos state.

In a statement on Thursday, Jonathan said such
actions will only worsen the situation, calling on
all parties to embrace dialogue.

Nationwide protests against the now-dissolved
police special anti-robbery squad (SARS)
metamorphosed into agitation for improved
governance in addition to justice for victims of
police brutality.

On Tuesday, soldiers shot at the young
protesters while they converged on the Lekki
tollgate.

Twelve people died in the shooting and in a
related development in Ikeja, according to
Amnesty International.

In the statement shared with TheCable, the
former president said the event of recent days
“has been a difficult time to me as well”.

He said the task of building a nation must
involve both the old and the young, adding that
Nigeria “cannot afford to lose the lives of our
youth who we look up to take over leadership
and continue our nation’s journey to
greatness”.

“As leaders, we must understand that a nation
can never win a battle against its own
people,” he said.

“Thus, the use of deadly force against citizens
only aggravates tense situations rather than
assuage it. We must therefore move away from
battlegrounds to middle grounds in our individual
and national life. This, I believe, epitomises the
essence of democracy.

“I condemn any unnecessary loss of life and urge
efforts to be stepped up to ensure that there is
no such reoccurrence.

“We all must accept that we are all brothers and
sisters of one Nigeria, and always act towards
each other accordingly.”

Jonathan, who added that “nobody’s interest is
worth the blood of any Nigerian citizen,” asked
security agencies to ensure maximum restraint
is applied in carrying out their constitutional
responsibilities of protecting lives and property.

He also asked young Nigerians to “give peace a
chance especially now that different
stakeholders have demonstrated the willingness
to investigate the various allegations of
excessive use of force on citizens and address
the culture of impunity by security personnel”.

JUST IN: Atiku schedules to speak at the US chambers and...

Oshiomhole to continue with DSS questioning when he returns home -Security... 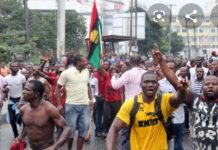 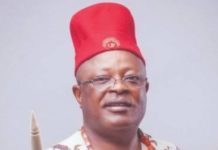 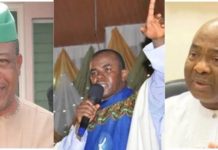 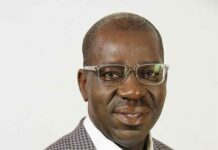