BREAKING: “Something Worse Than Boko Haram Is Here In…

#EndSARS Panel report is fake, there was no massacre at Lekki — Lai Mohammed 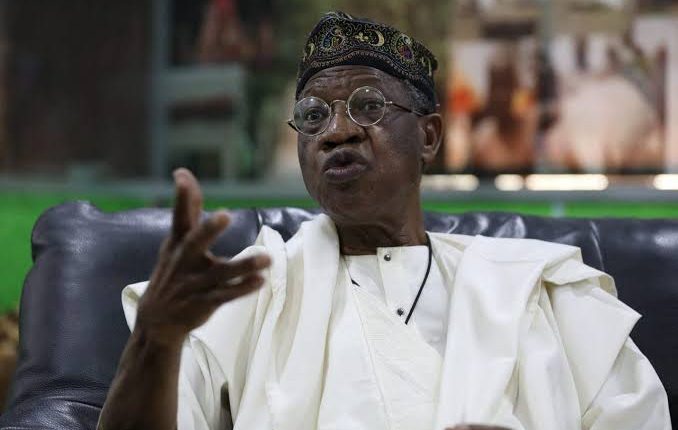 Lai Mohammed, minister of information and culture, says the report by the panel set up to probe police brutality and the shooting at the Lekki tollgate is riddled with discrepancies.

The report said the “killing of unarmed protesters by soldiers on October 20, 2020 could be described in the context of a massacre”.

Addressing a press conference in Abuja on Tuesday, Mohammed said the findings of the panel were not backed up with facts.

The minister said the discrepancies observed in the panel’s report have never been seen n the history of any judicial panel set up in the country.

“Without mincing words, let me say that never in the history of any Judicial Panel in this country has its report been riddled with so many errors, inconsistencies, discrepancies, speculations, innuendoes, omissions and conclusions that are not supported by evidence,” he said.

“What is circulating in public space is simply a rehash of the unverified fake news that has been playing on social media since the incident of October 20, 2020.

“Instead of sitting for all of one year, the panel could have just compiled social media ‘tales by the moonlight’ on the incident and submitted, saving taxpayers’ funds and everyone’s time.

“That report is nothing but the triumph of fake news and the intimidation of a silent majority by a vociferous lynch mob.

“The report of the panel in circulation cannot be relied upon because its authenticity is in doubt. There is absolutely nothing in the report, circulating, to change our mind that there was a massacre at the Lekki tollgate.”

The minister said the notion that soldiers and police officers massacred innocent Nigerians at Lekki tollgate should be rejected.

“The report in circulation is calculated to embarrass the Federal Government and its agencies without foolproof evidence,” Mohammed said.

“The federal government has never condoned the abuse of the rights of Nigerians by security agencies under any guise, hence it disbanded SARS.”