We Expect Up To 25% Of Trainees To Die During Recruitment —… 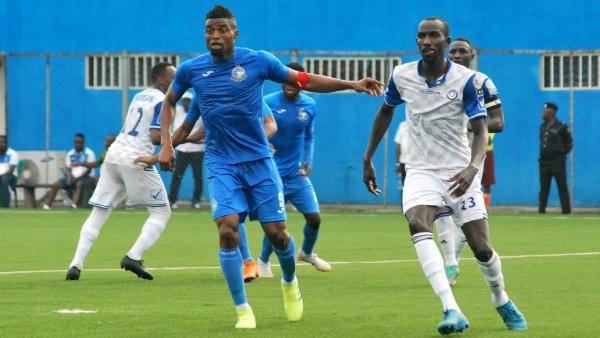 SAHARANEWS – Two-time African champions, Enyimba have failed in their bid to qualify for the CAF Champions League group stage following their 1-0 loss to Al-Hilal in Omdurman on Sunday.

The People’s Elephant had shot themselves in the foot right from the first leg in Aba two weeks ago by recording a barren draw against the Sudanese side.

While coach Usman Abd’Allah’s men were optimistic, they could get the needed result in Sudan to still pull through yesterday.

A solitary strike in the second half by the hosts ended Enyimba’s aspirations of a possible third Champions League triumph this season.

Both teams were evenly matched in the first half though the hosts had the better chances.

The over reliance on solely counter attacks meant Enyimba were on the back foot for the larger part of Sunday’s tie and if it wasn’t for goalkeeper Olufemi Kayode, Al-Hilal would have registered a handful of goals.

Nonetheless, the hosts did get the crucial goal they craved for barely three minutes into the second half and they held on till the final whistle to progress with a 1-0 aggregate scoreline.

While Ah-Hilal moved to the Champions League group phase, Enyimba have stepped down to the CAF Confederation Cup where they still need to navigate past the playoffs to make it to the group stage in the second-tier club competition.

ALSO READ:  CORONAVIRUS: Fears As Over 28 Persons Quarantined In Nigeria