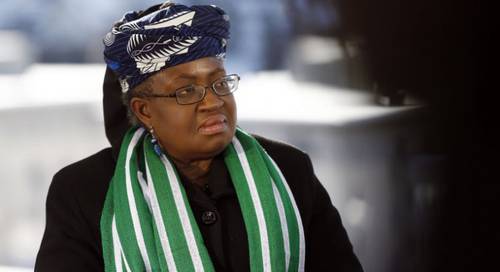 The European Union (EU) has said it is backing Nigeria’s candidate and the country’s former Finance Minister, Dr. Ngozi Okonjo-Iweala, to head the World Trade Organisation (WTO), sending a signal of trust in Africa.

An EU official disclosed this to Reuters yesterday.

Okonjo-Iweala and South Korean trade minister, Yoo Myung-hee, are vying to be the first female leader in the WTO’s 25-year history, replacing Brazilian Roberto Azevedo, who quit a year earlier than expected at the end of August.

The EU governments had before the final stage of the race for the WTO leadership race expressed support for Okonjo-Iweala and the South Korean candidate, Yoo Myung-hee.

Indeed, the latest EU’s support for Okonjo-Iweala is considered a strong signal to reinforce the multilateral order and a sign of mutual trust between the bloc and Africa, the official said.

The WTO faces dual challenges: criticism from US President Donald Trump’s administration which froze its appeals body by blocking its appointment of judges, and worsening US-China trade relations.

Okonjo-Iweala, 66, an economist and development specialist, had urged the WTO to help poorer countries access COVID-19 drugs and vaccines.

According to analysts, Okonjo-Iweala’s high professional/personal qualities, international contacts and impeccable records as Nigeria’s former Finance minister/Foreign Affairs minister and as former managing director of the World Bank, stand her high above the other contestant.

She is a renowned global finance expert, an economist and international development professional with over 30 years of experience, having worked in Asia, Africa, Europe, Latin America, and North America.

She is presently the Chair of the Board of GAVI, the Vaccine Alliance.

Since its creation in 2000, GAVI has immunised over 760 million children across the globe. She also sits on the boards of Standard Chartered Plc and Twitter Inc.

fight against COVID-19, as well as Envoy for the World Health Organisation’s access to COVID-19 Tools Accelerator.

The Managing Director of the International Monetary Fund (IMF), Ms. Kristalina Georgieva, a few months ago appointed Okonjo-Iweala to serve as a member of her newly-established External Advisory Group.

In addition, Okonjo-Iweala served twice as Nigeria’s Finance minister, from 2003-2006 and 2011-2015 and briefly as Nigeria’s Foreign Affairs minister in 2006, the first woman to hold both positions.

Okonjo-Iweala spearheaded several World Bank initiatives to assist low-income countries during the 2008-2009 food crises and later in the trying period of the global financial crisis.

On the other hand, Yoo is South Korea’s trade minister. During her 25-year career in government, she helped expand her country’s trade network through bilateral accords with the US, China and the UK. 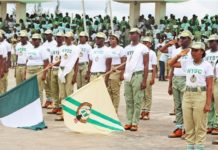 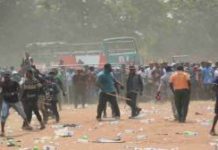 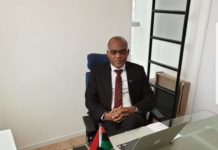 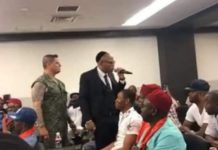