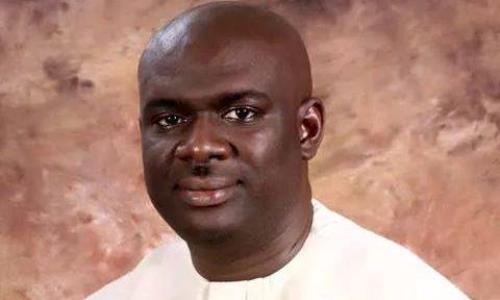 Itiako Constantine Ikpokpo, the immediate past Chairman of Isoko South Local Government Area of Delta State, has blamed killings, arsons, and destruction of properties in disgruntled and selfish areas leaders who buy firearms for youth.

He made the assertion on Wednesday at Uro community during a thanksgiving service to mark the end of his tenure.

Ikpokpo, the immediate past deputy national president and chairman, Delta state chapter of Association of Local Government of Nigeria (ALGON), lamented that some leaders in the area were arming some youths to kill and maim innocent citizens for selfish interest.

“Now that I am no longer chairman let me say it the way it is. Some of our community leaders are liars and God will expose them because they are buying arms for these boys and when there is nothing to do, what do you expect these boys to use the arms to do?

“People are mentioning governor Okowa here and there. Is Okowa police? Is Okowa the army? There is little the governor can do and there is little I could have done as council chairman but as community leaders, it is our responsibility to ensure that the youths behave appropriately. I must say that the governor and I did our best.

“Brothers are killing brothers in Isoko land. We know these people. We shield them; we protect them. When you arm the youths for whatever selfish reasons, do you think you can still control them? May God expose anybody involved in the killings of people in Isoko land.”

While appreciating the support given to his administration, Ikpokpo said God is the giver of power, noting that life is nothing without God.

Within the past two years, Enwhe, Igbide, Emede, Uzere among others in Isoko South Local Government Area have been engulfed in a communal crisis where several persons have been killed and houses and properties worth several millions of naira razed.