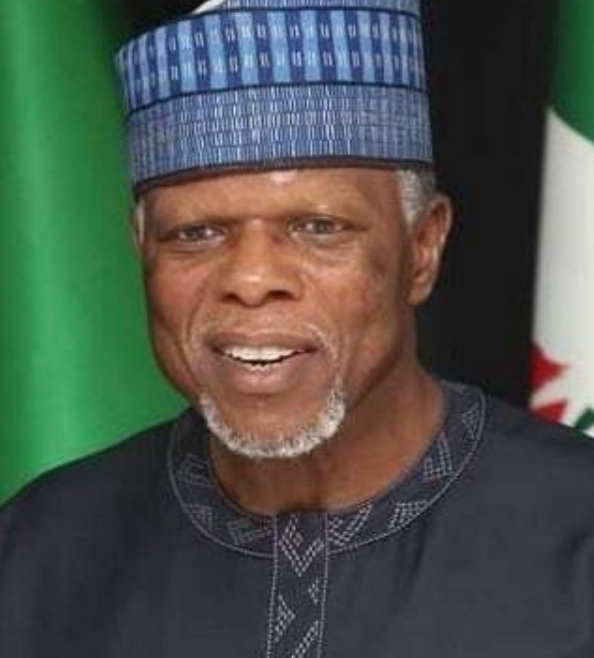 SaharaNews had earlier reported that President Buhari approved the extension of the border closure till 2020.

The former minister who was reacting over the statement made by custom boss described him as a man that belongs to the stoneage and is clearly as dumb as he looks.

He said : “This is the Government that has insisted that we must grow Nigeria, eat Nigeria. China that we go there to buy almost everything we use, closed their bothers for how many years? They closed it for 40 years to the whole world and today they are great China. Don’t you want to be great Nigeria?”- Colonel Hameed Ali (rtd.), Comptroller-General, Nigerian Customs.

“This man belongs to the stoneage and is clearly as dumb as he looks. May God deliver us from the debilitating gullibility and crushing ignorance of these Buharists.

” When China closed her boarders to the world did Chinese Heads of State and leaders travel abroad for treatment for weeks and months on end when they fell sick?

” Did they travel to foreign countries at thedrop of a hat and go there to tell foreign leaders and the foreign media long tales about how rotten, lazy and corrupt their people were?

“Did they kill local businesses, industries and commerce, crush the entreprenurial spirit of their people and impoverish local businessmen and manufacturers who were trying to produce “made in China” goods?

“Worse of all did they target their enemies in the business community and create massive monopolies for their relatives and friends? Honestly this Hameed must go back to school!

“Has protectionism and closing your borders ever boosted a nations economy? China’s strength lies in her willingness to TRADE with the outside world and in the size of her population and market. The fact that most of the world has access to that market and that they have opened theirs to China in return has made her very rich.

“If she closes her borders today China would be denied access to lucrative foreign markets across the world herself where she exports her products and she would lose all her wealth within 10 years and become weak, poor and isolated. No-one closes borders in a globalised world.

“Can someone please explain all this to almajiri Hameed! He seems to have zero understanding about commerce, about trade, about how the new and modern world is run and about how nations prosper.

“Outside of that the bitter truth is that the closure of Nigeria’s southern boarders until the end of January is simply a crude and vicious attempt to spite and impoverish the south and ruin Christmas for millions of southerners.

“It is also the biggest con in the last 10 years. It presents a very real economic challenge to our neighbouring countries in the West-African sub-region, it is ill-motivated, it is ill-conceived and there is far more to it than meets the eye.

“If you want to stop smuggling then why do you only close the southern boarders whilst keeping the northern ones wide open and allowing all manner of illicit goods, dangerous arms and foreign jihadi and Fulani fighters to pour into our country from there every day!

“Before Hameed Ali attempts to talk about China, the Chinese experience, the Chinese economic miracle and Chinese history he should first learn how to spell the word “China”!