I Will Meet Obi To Resolve Our Differences – Soludo 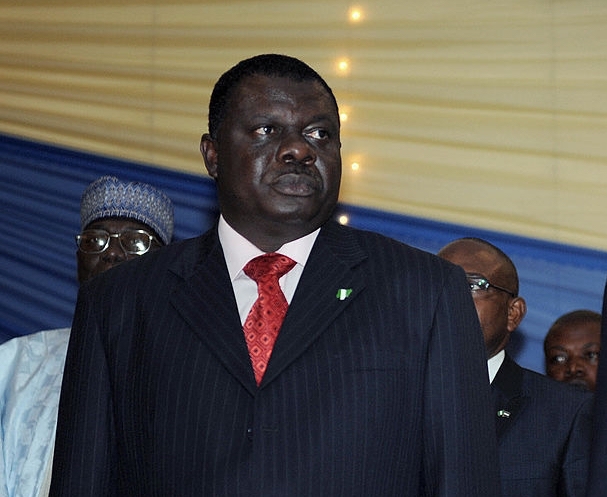 Despite court documents showing how the Central Bank of Nigeria hired his services to help freeze the bank accounts of alleged #EndSARS promoters, Michael Aondoakaa, a former Attorney-General and Minister of Justice of Nigeria, has denied being briefed on the issue.

CBN obtained the court order to freeze the accounts of 19 individuals and Gatefield, a public affairs company linked to the #EndSARS protests, till January 2021.

“CBN did not brief Micheal Kaase Aondoakaa (SAN) to freeze the accounts of EndSARS members. Secondly, he is not in a position to know the membership of EndSARS because he never received any instructions from CBN relating to EndSARS members.

“All the documents filed at Federal High Court, Abuja, in respect of the case are public documents which can be verified or obtained. CBN cannot engage Aondoakaa verbally,” a statement by Aondoakaa’s Head of Chambers, Abdul Ter Kohol, read.

But the court order sent to Gatefield, seen by SaharaReporters, punctured Aondoakaa’s lies as his name was boldly written on the document by the judge granting it, Mohammed A.R.

“After hearing Chief Michael Kaase Aondokaa (SAN) with Abdul T Kohol, Aondowase Jacob Opea and Matthew Onoja of counsel for the applicant move in terms of the motion paper, a mandatory order empowering the plaintiff/applicant to direct the head office of Access Bank of Nigeria PLC to freeze forthwith all transactions on the account of the defendant for a period of 90 days pending the outcome of investigation and inquiry currently being conducted by the Central Bank of Nigeria.

ALSO READ:  "No IPOB Member Was Killed Under My Watch As A Governor, Am Certain They Will Not Attack Me Abroad" - Chris Ngige

“It is, however, directed that the 90 days freezing order, when it lapsed, may be renewed upon good cause shown by the applicant,” part of the document read.

Aondoakaa is not new to controversies – during his time as Nigeria’s AGF and Minister of Justice, he showed a high disregard for the law of the country.

It got troubling in 2010 when the Legal Privileges Committee in 2010 suspended him from using the rank of Senior Advocate of Nigeria for two years following a petition by the Committee for the Defence of Human Rights and a ruling by a Calabar Federal High Court on June 1, 2010, that he was unfit to hold the office of the Attorney-General or any public office in Nigeria.

Aondoakaa was also notorious for his brash support of the government and his defence of corrupt former governor of Delta State, James Ibori.

As Nigeria’s AGF, he did everything to block the Economic and Financial Crimes Commission from prosecuting Ibori and other corrupt officials.

He also declined the request by the London Metropolitan Police to allow officials of the EFCC to stand as prosecuting witness against Ibori.

The 58-year-old was in 2010 barred from entering the United States over links to massive corruption during his two and half years in office.