“Where Should We Run To?” – Nigerians React To… 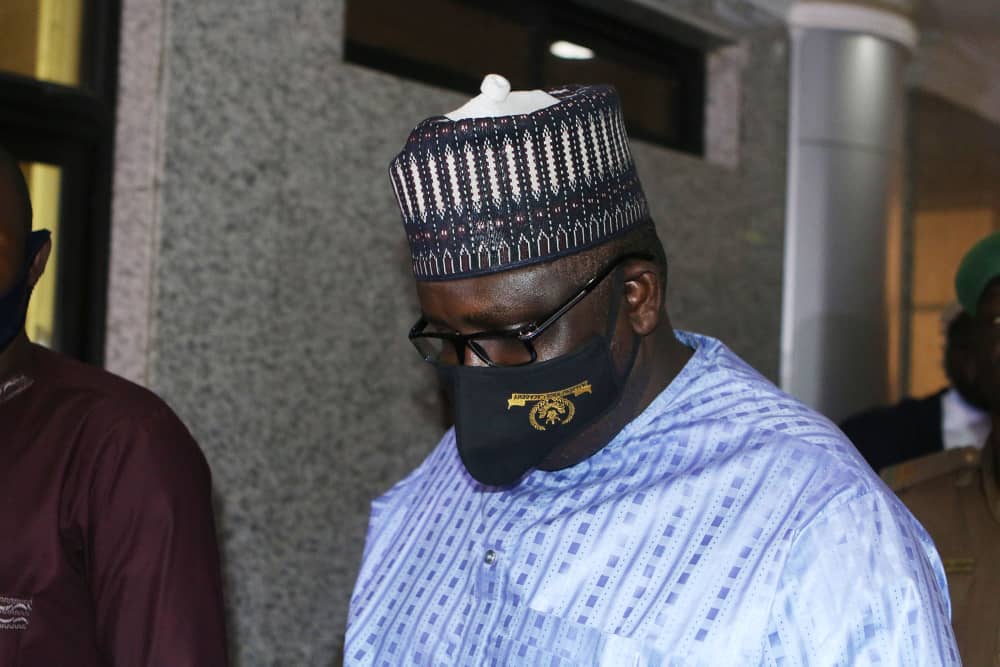 The runaway former Chairman of the defunct Pension Reform Task Team, Abdulrasheed Maina, who was arrested in Niger Republic last Tuesday, hired a motorcyclist to escape into Niger Republic through Sokoto State, according to police investigation.

It was learnt that Maina, who is facing money laundering charges to the tune of N2 billion, took the action to flee the country by motorcycle in order not to raise the suspicion of security operatives.

According to intelligence sources, Maina fled from the country only days after a Federal High Court granted him bail with a serving senator, Ali Ndume, standing as his surety.

“He hired a bike and capitalised on the porosity of the nation’s borders, to escape through Sokoto’s border town of Ilella and landed at KonI in Niger Republic. He had earlier attempted fleeing through Katsina State to Mariachi into Niger Republic.

“He, however, changed his mind at the last minute after suspecting that his identity might be blown open. He was reportedly arrested inside the United States of America Embassy in Niamey where he claimed to be a citizen of America,” police sources told Vanguard.

His arrest came after days of frantic search for him by Interpol detectives from both Nigeria and Niger Republic as he was using a Satellite operated Thuraya phone to evade location and arrest.

It was learned that the initial difficulty experienced by detectives was locating the exact town in Niger Republic where Maina was hibernating. Their efforts were made more difficult because, according to sources, Maina was constantly using a Thuraya phone, which uses satellite signals, to track messages from telephone networks.

Maina was later arrested by Interpol in Niamey on behalf of Interpol Nigeria based on the bench warrant issued against him by the court.

His arrest was formally communicated to Interpol, Abuja, via the i247 network, even though both countries were working together on the fugitive.