JUST IN: NDLEA Intercepts 851000 Kilogrammes of Tramadol and… 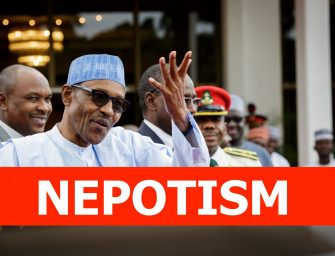 Junaid Abdullahi, a son-in-law of President Muhammadu Buhari, is the executive secretary of the border agency.

About 33 companies were prequalified for eight zonal intervention projects worth over N1.3 billion that were reviewed by this medium.

The contracts were amongst nearly 400 self-enrichment projects of federal lawmakers advertised for execution by the BDCA between late July and early August.

In shortlisting the firms, procurement officials at BDCA overlooked tax clearance certificate, one of the top two requirements which any interested firm must present to meet the basic requirement of contract award.

In its invitation to tender published on July 29, the BDCA had said all firms must have a minimum annual turnover of N50 million in taxes over three years — but officials prequalified at least 18 firms whose annual taxes were substantially below N50 million, according to tax documents obtained by this newspaper.

Estivus Nigeria Limited, the last of the 33 companies reviewed, did not qualify for the contract because it obtained its tax clearance on August 16, 2018, three days after the bidding process closed on August 13, 2018.

It remained unclear how the firm was smuggled into the list of companies whose bids were received as of deadline.

A BDCA official claimed that may have been an error which would could still be corrected before the final companies are announced.