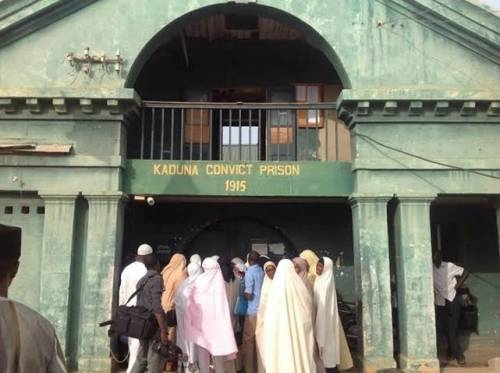 SAHARANEWS – Prison officials have killed at least eight inmates of the Kaduna Correctional Centre suspected to have led a protest at the facility on Tuesday, SaharaReporters can confirm.

Inmates at the correctional centre had staged a protest, which turned into a riot over fears that they could contract Coronavirus (COVID-19) and die due to the overcrowded nature of cells and poor ventilation system in the facility.

ALSO READ:  BREAKING: Heavy Tension In Aso-Rock As FG Reacts To The UN's Report On Arbitrary Killings of IPOB Members, Says Nnamdi Kanu Is A Threat To Nigeria's Peace And Unity

Though prison authorities reported that one inmate was accidentally killed while security forces tried to disperse the protesting inmates during the incident, it was discovered that all persons, who died were deliberately killed by the officials for demanding safety over their lives.

Findings by SaharaReporters on Friday revealed that a day after the unrest, at 12pm on April 1, prison waders went from cell to cell ordering inmates presumed to be ringleaders of the protest to come out.

“One Hammed Abdullahi was shot in the stomach by a prison guard, he died immediately.

“Yahu Salisu was shot in the buttocks while Ibrahim Abdullahi died of torture,” a top source in the correctional facility told SaharaReporters.

“Lucky Njoku was beaten to death by prison guards, he died of the wounds inflicted on him.

“Ibrahim Abubakar died yesterday too from the beatings he received from the prison guards,” the source added.

Management of the Kaduna Correctional Centre are however, working hard to cover up the killings.

When SaharaReporters earlier contacted Muhammad Jalige, spokesperson for the Kaduna State Police Command, on the issue, he said it was “an internal problem between staff and inmates” of the correctional facility.

International rights group, Amnesty International has called for an investigation into the alleged jailbreak as well as the decongestion of all prisons nationwide by the Nigerian Government.