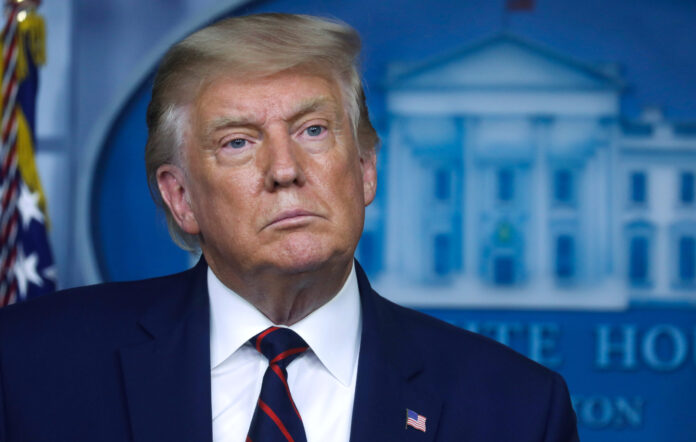 Four years have passed since the United States of America President, Donald Trump, assumed office and that time, his foreign policy on Africa has been sparse.

Adopting an “America first” rhetoric, he has lashed out on the continent using racial descriptions and outrightly banning immigration from many countries on the continent including Nigeria.

Despite his actions and inactions towards Nigeria, he has continued to enjoy the support of some citizens in the country. In a last-minute strategy to show that he has the support of Nigerians, Trump on November 3 tweeted a short video hailing members of the Living Christ Mission Inc based in Onitsha, Anambra State, for staging a rally in support of his second term bid in office.

Members of the church headed by Most Reverend Professor Daddy Hezekiah held a prayer walk for the United States President and Republican Presidential Candidate on October 25, 2020, to canvass support for Trump.

Participants at the rally were clad in white and blue attire and carried placards bearing the name and face of Trump with some of them reading: “Trump 2020: Keep America Great” and “Donal J. Trump, America needs a man like you”.

Majority of the men and women sang in the Igbo language as they marched through parts of Onitsha that Sunday afternoon in solidarity with the US President.

EXPLAINER: What A Joe Biden Win Will Mean For Nigeria, Africa

Trump is currently struggling to get the required number of votes to remain President but if he wins, here is what to expect:

Trump is intent on keeping the American shale oil industry flourishing despite global climate concerns. He has used the development of the industry and creation of jobs that would come from that as a campaign promise to his base — if he is re-elected, he would work to keep that promise putting Nigeria at disadvantage.

America is one of the biggest buyers of the Nigerian Brent Crude.

Already, America’s crude oil purchase from Nigeria is dwindling. In August 2020, the US announced that it had slashed its imports of Nigerian crude oil to 9.37 million barrels in the first five months of this year, 11.67 million barrels lower than what it bought in the same period of 2019.

The highest monthly volume of Nigerian crude purchased by the North American country so far this year was 2.12 million barrels, compared to 11.78 million barrels in 2019.

This trend is expected to continue especially since the American economy has been badly impacted by the COVID-19 pandemic, costing Nigeria a large chunk of revenue which it uses to operate and survive.

Trump’s stance on immigration from Nigeria is clear — he does not want it. He made his disdain for travel from the country clear when he placed Nigeria on a special watch list and as part of a “Muslim country” ban even though Nigeria is a secular state.

The list blocks immigration into America and limits the option of travel visas and time of stay for Nigerian citizens seeking to visit the US for short business trips or leisure. This is despite official US Government data showing that Nigerians in the country are the most educated and one of the most successful immigrant groups in the country.

Throughout Trump’s 2020 campaign, he mentioned no plan to repeal this move. Instead, he assured his base that he would do everything to ensure that it remains in place.

Nigerians can expect the ban and other stiffer measures extended if Trump is re-elected.

The US even before the Trump administration has made many attempts to check China’s growing influence on the African continent.

Trump determined to assert the country’s presence on the continent has continued to duel with China over business interests in Africa — warning African leaders of sister motives from the Asian nation.

To check this, Trump introduced the Prosper Africa programme aimed to at reversing Africa’s endearment to China by providing technical assistance for U.S. and African companies in order to double two-way trade and investment. It includes a special focus on transparent markets and private enterprise as the foundations of economic growth and job creation.

While this looks promising, studies by the Brookings Institute shows that its impact will probably not be strong enough to counterbalance China’s unique influence in the region.

China’s success in doing business on the continent has been driven by its high and diverse financial flows (a complex mix of concessional loans, grants, aid, market loans, etc.) to Africa, investment from China to Africa rose twofold between 2010 and 2016.

President Xi Jinping readily dishes out generous loans to African leaders including Nigeria’s Muhammadu Buhari and has promised to make available an additional $60 billion in broad and diverse financing—including $10 billion reserved for Chinese buying of African goods, as well as concessional loans, among other things.

While Xi has sent high-level delegations to Nigeria in the hopes of improving diplomatic ties, Trump is yet to visit any African country despite his elapsing four-year tenure.

While he tries to clip China’s wings in Africa to protect American business interests on the continent, it is not certain that he would make genuine efforts to connect with is African allies if re-elected

The Ebola outbreak in some African countries and the Coronavirus pandemic is key to understanding Trump’s foreign policy on healthcare in Africa.

ALSO READ:  The United States Condemns The Brazen Killings Of Civilians In Nigeria

When Ebola made a comeback in the Democratic Republic of Congo in 2018, Trump cut the $252 million in funding that was targeted at helping to stop the virus from spreading from DRC to other countries on the continent. The money was supposed to go towards equipping labs in counties including Nigeria, training, and purchase of critical medicine.

The move was highly criticised.

The Coronavirus pandemic provided an opportunity for Trump to redeem himself from the backlash that followed the funding cuts his predecessor, Obama had put in place.

Instead, Trump launched a tirade of attacks, on the World Health Organisation, which is coordinating the global response to the health crisis, stating that he would cut funding to the organisation which provides critical support to many African countries including Nigeria.

He has given a year’s notice of withdrawal from the world health body but is obliged to continue funding until July 2021; the pandemic is not expected to disappear until 2022.

The US is the highest contributor to the global health body.

He also verbally directed racial slurs at WHO boss, Dr Tedros Adhanom Ghebreyesus, an Ethiopian, for his handling of the virus.

Trump claimed without proof that the WHO Director-General was colluding with China to worsen the pandemic in the US and slow down his chances of re-election.

In an attempt to soften Trump’s blow, US Secretary of State, Mike Pompeo, said “no country will rival what the US is doing” in terms of supporting the fight against COVID-19 in Africa.

He pointed out that $170m (£134m) in new aid had gone towards stopping the spread of the virus in Africa.

It is, however, unclear if this gesture towards Africa will continue or if it would be withdrawn like the Ebola and WHO situations by Trump.

BREAKING:Court Fixes January 18 For Judgment On AAC’s Exclusion From Edo... 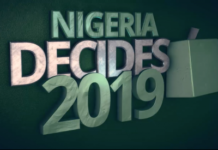 2019 ELECTIONS – Nigeria Lost In The Election But The Igbos... 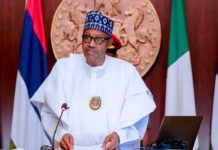 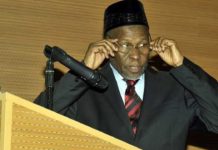 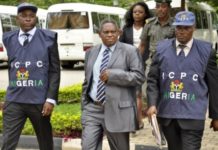 ICPC Rescues 14 Girls Held Captive In A Politician’s Apartment In...