IPOB embark on prayers, to shutdown business, banks on… 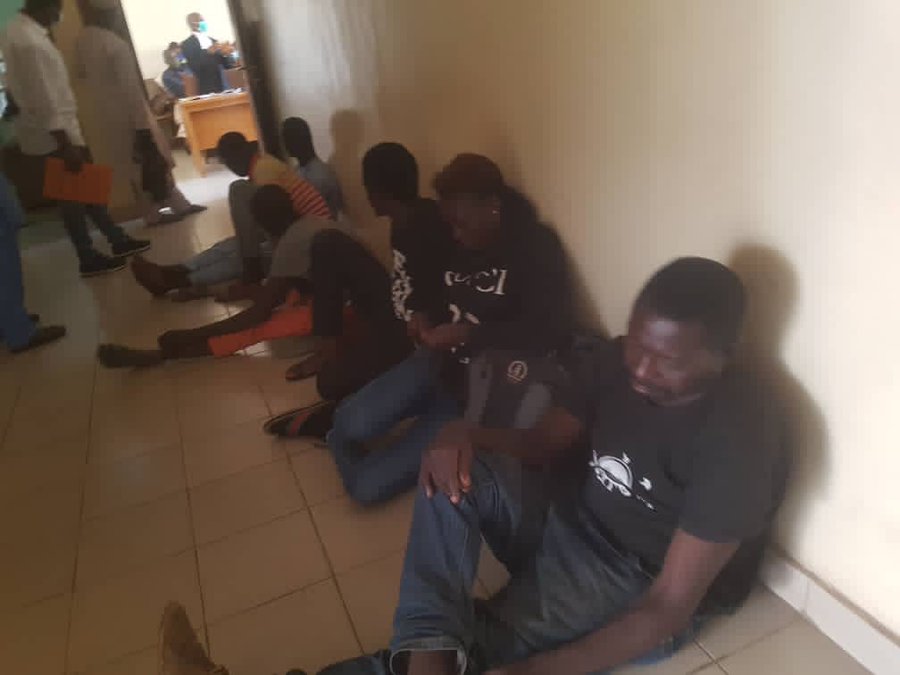 Justice Abdulrazak Eneye of the Magistrate Court sitting in Abuja on Saturday met with representatives of the Inspector-General of Police, Mohammed Adamu, at his private residence before signing a detention order to illegally keep peaceful #ENDSARS protesters at Suleja Prison till January 25, 2021.

SaharaReporters recall that the police had on Friday arraigned six persons, who participated in the #ENDSARS protest in front of the National Assembly over criminal conspiracy, unlawful assembly, inciting public disturbance and public nuisance.

ALSO READ:  If Nnamdi kanu release today it is more important to me than anybody be a President of Nigeria.(VIDEO)--Chief Dan Ulasi

Though they pleaded not guilty to the charges, Justice Eneye compared them to a former Niger Delta militant leader, Asari Dokubo, before denying them bail.

The judge thereafter ran away from the court after also refusing to sign an order for their remand.

Oluwatosin Adeniji was earlier taken to Police FCID In Abuja and beaten for asking for her lawyer before writing a statement. #FreeTosinAdeniji #FreePress #EndPoliceBrutalityinNigera #EndBadGovernanceinNIGERIA #RevolutionNow

The arrested persons were thereafter taken to Garki Police Station and Asokoro Division where policemen fled their posts upon sighting the group.

Disappointed that the victims were not sent to prison, SaharaReporters gathered that the IGP had to send a delegation to Justice Eneye on Saturday for him to sign the order at his residence.

Officials at Suleja Prison initially rejected the protesters after raising suspicion over the signature of the judge but later remanded them at the facility upon accepting order illegally signed by Eneye.

The youngest of the protesters is 15 years old, a juvenile under Nigeria’s law.

Though peaceful protests are legal in Nigeria, security agencies are known to use force to disperse demonstators, killing many of them in the process.