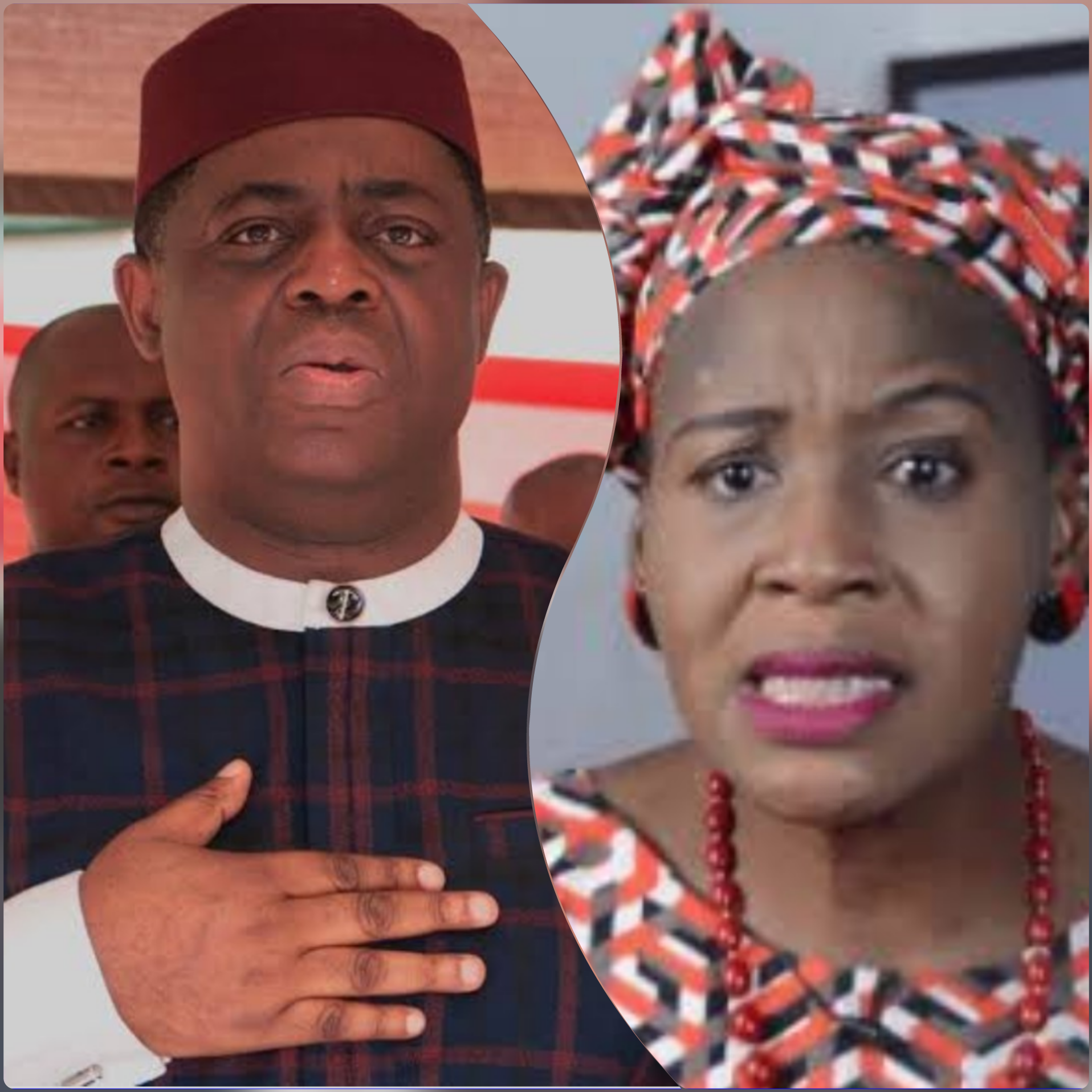 Recall that Kemi earlier said that Nnamdi Kanu is Dead, after she tweeted that, ‘Twitter removed her Verification Badge, In reaction, she said “over her dead body, Biafra will Never Emerge.”

“My sister, whether it be Biafra, Oduduwa or anything else one thing is clear: it is the people of that zone and them alone that have the right to make that decision and determination by conducting a lawful and all-embracing referendum and no-one else.

“Outsiders have no right to tell them what to do. if they say they want to leave Nigeria in that referendum then no-one has the moral right or adequate power and authority to stop them.

“If they say they wish to stay then no one has the right to push them out. that is democracy and that is freedom.

“As you know for many years i was a believer in restructuring but for the last few years i have believed strongly that the free exercise of the right of self-determination of the various ethnic nationalities in Nigeria is the way forward and i have said so over and over again.

“This is because no-one takes restructuring seriously anymore and it will never be allowed to happen by those that believe that they own Nigeria.

“Any attempt to hold anyone or any group of people in by the force of arms or to perpetuate genocide against them if they choose to leave will be met with equal resistance and force and will ultimately fail.

“This is because the country is not only badly fractured and deeply divided but because we are also sitting on a keg of ethnic and religious gunpowder which we must never allow to ignite.

“I personally deplore violence and war and i have never called for it, craved for it, yearned for it or believed in it because it is pure and unadulterated evil.

“Yet the truth is that there is no unity in Nigeria today and the peace that we believe we have is actually the peace of the graveyard. it is an illusion.

“It is only a very thin and increasingly overstretched thread that holds us together and we must be very careful not to make provocative or incendiary statements that could ignite a conflict such as the one you have made.

“To say that a man, woman or people can only leave the bondage of nigeria and be free over your “dead body” is hurtful and it is quite unnecessary too.

“Yet if war must come let it come and let us consider it to be the final battle for the liberation of our people and true independence. no price is too high to pay for that. we would rather die on our feet than live on our knees.

“To fall in love with our chains or to be a perpetual and willing slave to our collective oppressors is a curse and an abomination and we must resist it. that is not the legacy that we should establish for our children.

“We either have a nation of equals or we have no nation at all. that is, has always been and will always be my view and this is well-known to both my friends and my foes.

“My advice to you my sister is to withdraw this “over my dead body” statement before it is too late because only god knows tomorrow and Biafra and/or Oduduwa may well come in our lifetime.

“You are a much-loved, well-educated, proud and noble daughter of the south west with an illustrious heritage and enviable root. many may not know that but i certainly do because i know the impeccable history of your great and noble family.

“We in the south west cannot afford to lose you because oduduwa republic, if and when it is established, will need you in the next few years.

“Finally let me end with the following. my friend and brother Nnamdi kanu is not dead but alive and well. we were in touch only the other day. I told you this two days ago but you still doubted me and tweeted that despite my words you believed that he is dead.

“This hurt me because the trust that exists between us is deep and profound. you and i go back a long way, we have never doubted one another and we never lie to one another.

“Most importantly we have fought many battles together side by side over the years and ever since 1980 when we first met in london and you have always proved to be true. as you know i never forget my friends no matter what diffeences we may have.

“I repeat to you that Nnamdi is alive and well. take it from me and please desist from saying otherwise. death is a terrible thing and there has been too much of it flying around lately.

“I wish you well my sister and please do not get upset with me for writing this open letter to you.

“If you choose to do so you know very well that you will have no choice but to forgive me because you are more of a sister than just a friend.

“Live long and prosper my sister and god be with you now and always. you are always in my prayers and i have nothing but the utmost admiration and respect for your remarkable courage and strength. my love to papa and my son tj.

BREAKING: Nurse Dies Of Coronavirus At Hospital Where She Worked