Coach dives into pool to rescue American swimmer at World… 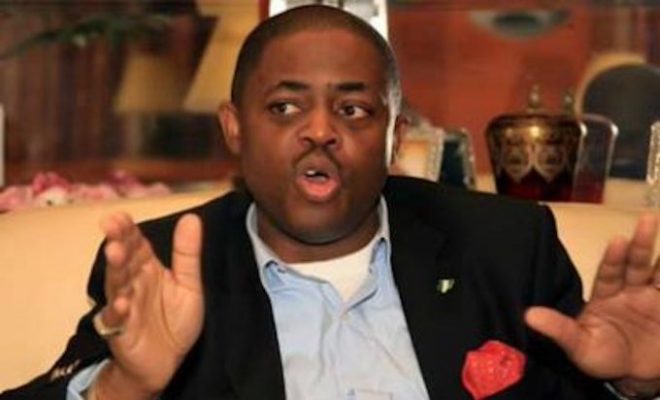 SAHARANEWS – Former Minister of Aviation and political stalwart in the South West of the country, Femi Fani-Kayode has applauded leader of the minority in the Senate, Sen. Abaribe for the courage he had to call for the resignation of President Muhammadu Buhari.

FFK in his statement said, “I commend my friend, brother & in-law, Sen. Abaribe, for having the courage to call for the resignation of President Buhari. A President that refuses to protect his people from killer herdsmen & bloodthirsty terrorists ought to not only resign but also bury his head in shame.”

“When the Presisency refers to the leader of the minority in the Senate as an “armchair critic” you know they are cursed. When will Shehu Garbage stop talking rubbish? If anyone should be in jail it is not Abaribibe but the calamitious affliction that he speaks for called Buhari,” he added.

BREAKING: Nigerians Describes Senator Enyinnaya Abaribe As The Last Man Standing, The Only True Voice Of The People