Nigeria Has Already Disintegrated, The Truth Many Do Not… 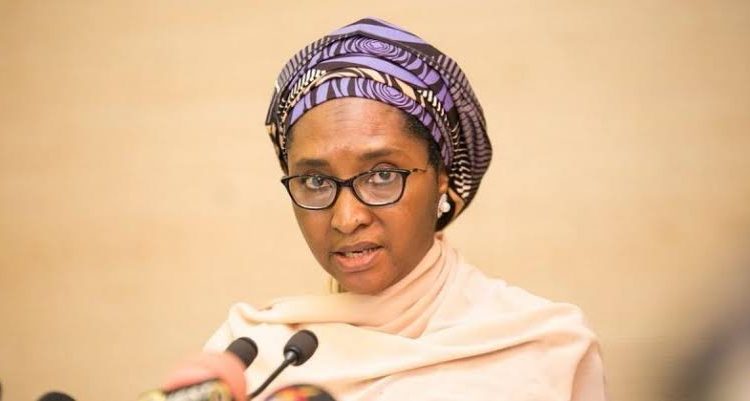 The federal government said it would be spending about N200 billion monthly to provide social welfare packages to very poor Nigerians to cushion the effects of fuel subsidy removal next year.

The federal government is keen to end some of the fiscal imbalances occasioned by the regressive fuel subsidy regime and had decided to end subsidy on petroleum products next year.

But mindful of the economic impact the removal will have on poor citizens with expected increase in the price of fuel and the multiplier effect on the cost of other goods and services, the minister of finance, budget and national planning, Mrs Zainab Ahmed, said N5,000 palliative will be disbursed to an estimated number of 40 million Nigerians below the poverty line to cushion the effect of the subsidy removal that is planned to be implemented from July next year.

It is not clear yet if the proposed amount for the poor and most vulnerable Nigerians was budgeted for in the 2022 budget that is currently before the National Assembly.

The minister who made the remarks yesterday at the launch of the World Bank Nigeria Development Update (NDU) yesterday failed to state the duration of the social programme.

The International Monetary Fund (IMF) had last week asked the federal government to remove the fuel and electricity subsidies and provide social welfare measures to cushion effects of the proposed removal of subsidy on power and petrol.

The government had said it was ending electricity subsidy by December 31, 2021 and will commence the operation of a market reflective electricity tariff system. The mission stressed the need to fully remove fuel subsidies and move to a market-based pricing mechanism in early 2022 as stipulated in the 2021 Petroleum Industry Act.

The finance minister said the final number of expected beneficiaries would be dependent on the resources available after the removal of the fuel subsidy, indicating that the government had not still had a clear-cut implementation process for sharing of the N5,000 palliative.

Mrs Ahmed put the figure of the poorest population of the country at between 20 and 40 million, which are expected to be the beneficiaries.

IMF had told the government that implementation of cost-reflective electricity tariffs by January 2022 should not be delayed. “Well-targeted social assistance will be needed to cushion any negative impacts on the poor particularly in light of still elevated inflation,” the Bretton Woods institution said in a recent assessment speech on Nigeria.

Recently, the minister of finance told a local television that petroleum under-recovery, popularly known as fuel subsidy, was  a major drain on the nation’s economy which ought to have been scrapped to free up money for critical sectors like health and education.

“It is a major waste, a major drain on the economy. We are worried that we are spending money we should be spending on education and other areas,” the finance minister said when she appeared on Politics Today programme on Channels television.

She said there is no provision for subsidy in the 2022 budget from July next year.

Mrs Ahmed said ahead of the plan to remove the fuel subsidy by next July, government is currently negotiating with labour unions while also providing social welfare packages for more Nigerians to cushion the expected effect of the removal of subsidy on their livelihoods and businesses.

She said government is also working with development partners, including World Bank to provide alternative means of transportation for Nigerians as palliative.

On road infrastructure, Ahmed said there is a toll policy that has been approved on roads for government to recoup the monies spent on road projects. She however said government is not looking at recovering the funds immediately, adding that those plying the roads will pay tax from the economic gains from the good roads.

On the concerns that there is ubiquitous poverty in the land despite huge borrowings by the administration, Mrs Ahmed said Nigerians have to be patient with the government.

The finance minister said political solution, not fight on the pages of the newspapers, is the solution to the lingering issue of $418 million Paris club refund between the federal and state governments.