If Nigeria dies, hatred killed her, by Femi Adesina

Nnamdi Kanu’s arrest: There is going to be chaos in… 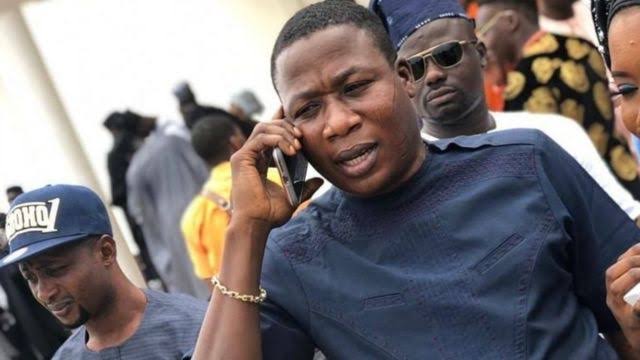 The Federal Government has alerted Nigeria Immigration Service (NIS) formations in the country to be on the watch out for the Yoruba separatist leader, Mr Adeyemo Sunday ‘Igboho’ Adeniyi, disclosing that he has perfected plans to flee the country.

A memo from the NIS dated July 9, to the Department of State Services (DSS), Nigeria Police Force and copied to all NIS Commands in the country, said Mr Igboho ‘should be arrested wherever and whenever sighted.’

In the memo, the Federal Government alleged that the embattled secessionist agitator is trying to acquire a new passport to flee the country, and in a bid to facilitate his arrest, the government has reportedly placed Igboho on the “stop-listing person” category.

The whereabouts of Sunday Igboho has remained unknown since the bloody raid on his residence in Ibadan by security agents.

This has necessitated the Federal Government’s to order security operatives to stop him from escaping the country.

‘Not unknown gunmen’ — Oyo Govt reveals those behind attack in Igangan

BREAKING: Ebeano Supermarket In Abuja Is On Fire (Video)