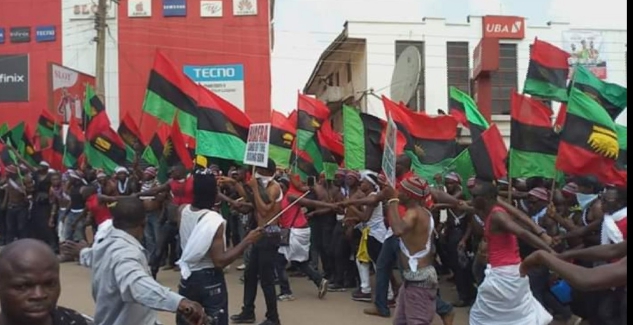 SAHARANEWS Nigeria’s government hope to see attackers of Ike Ekweremadu arrested hit yet a huge delay as the investigation is still ongoing.

While speaking with Nigerian born journalist in Germany, Mr Yussuf Tuggar, the Nigerian Ambassador to Germany, noted that the Nigerian government is hoping that the German police will prosecute the attackers’ of former deputy Senate President.

According to the interview published on Premium Times, the ambassador said Ekwerwmadu’s issue will be a test on German police.

In his words: “I am waiting to see what is going to happen. For us, this is a litmus test. I cannot sit here and vouch for the German police. I am still trying to understand how they work. This is the first time we are having this experience”

ALSO READ:  If Nigeria breaks up, all of us will lose out - Osinbajo

Confirming the operation status of IPOB, Tuggar said IPOB is registered and German police are aware thou, they are proscribed in Nigeria.

“What I do know is that the German authorities are aware of IPOB, which is a proscribed terrorist organisation in Nigeria. They are aware that IPOB is registered here as an entity and, therefore, it is up to them to decide whether they should take action on such an entity that has registered here and begins to attack Nigerians on German soil. So, we wait to see.

“There is no political protest that will push the supposed protesters into physically touching and assaulting another human being. Anywhere that happens in the world, it is a crime and some people need to be brought to book.”

ALSO READ:  JUST IN: Now that you've heard of PMB, you will agree with me that Nnamdi Kanu is just being mischievous - Lai Mohammed.

Yusuf, who was worried about IPOB’s kind of peaceful protest, queried why the group could not proceed to his office than attacking the senator.

He also expressed dismay why the police watched the group achieve their aim without being arrested, adding that if Germany grants such opportunity Nigeria cam not give in.

“So, quite honestly, I fail to understand how the issue of peaceful protest comes into this. If they were on peaceful protest, they would have come to my office with placards and said what they wanted and left.

“And the police are there. But you cross that line in any country and place your hand on any individual trying to cause harm. What I do know is that in some countries, first and foremost, they would be arrested and they have the right to bail.

“But when the police are there and witness something like that, one would expect arrest will be made and thereafter bail can be arranged and the investigation goes on, and if there’s the need to prosecute, then they get prosecuted,” he said