Ondo Government Splashes Millions Of Naira On Cars For… 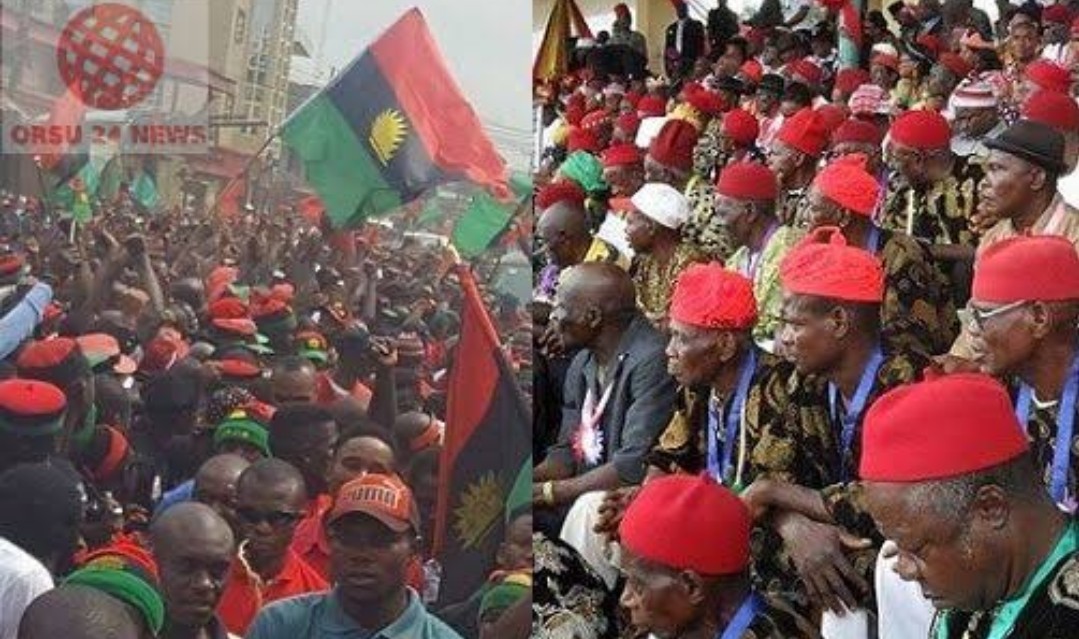 SAHARANEWS – Following a statement issued on Sunday by the Federal Government that the Indigenous People of Biafra is allegedly waging war against Nigeria, Ohanaeze Ndigbo, standing in defence of IPOB, has described the government’s worry as a complete case of chasing shadows.

Publicity Secretary of Ohanaeze Ndigbo, Uche Achi-Okpaga in an interview with Vanguard says the Presidency was drawing attention to an allegation of persecution of Christians in Nigeria but failed to draw attention to the seemingly intractable insecurity in the country.

Achi-Okpaga said, “Would they (FG) also say that there is no insecurity in the country? All over the country, people are posting on the spot audio and video records of senseless and targeted killings.

“I think now that the ovation of the Presidency’s actions and body language have become loudest, attracting condemnations from highly pedestalled and well-meaning Nigerians, including the latest letter from Col. Abubakar Umar, the next available response, as is usual in their colour, is to heap some blame on a given quarter as the IPOB and deliberately divert attention from the issue.”

Ohanaeze Ndigbo says it was unfortunate that whereas the President swore to protect the lives and property of Nigerians, Nigerians are “killed in their homes, their farms, on the roads, by herdsmen, while travelling, by bandits or Boko Haram terrorists, as the case may be.”

ALSO READ:  RECORD:Orji Uzor Kalu Declared War on ESN in all the Bushes in Abia State for trying to chase the killer Fulani Herdsman away from the bushes.

“Perhaps, it is also IPOB that is sponsoring all that. It is a pity that we are exerting more effort to tarnish IPOB than to do the needful by ensuring the protection of citizens no matter whose ox is gored,” Achi-Okpaga said.

“The whole lies against IPOB that made the Federal Government brand it a terrorist organisation are now wearing off and the world is getting close to exposing the perfidy and unconscionable maladministration of President Buhari’s five-year tenure.

ALSO READ:  What I Mean By ‘You Can’t Defeat Biafra’ – Soyinka

“It’s preferred silence over the nefarious activities of the killer herdsmen that has led to the loss of more than 2,500 innocent lives of Nigerians, mostly Christians, has been crying out for justice.

“Maybe, the time has come for the unmasking of who are the terrorists between IPOB and the herdsmen; IPOB who don’t carry weapons and don’t kill and Ak-47 and other sophisticated arms-wielding herdsmen and who upon all their crimes, none has ever been prosecuted in any known court of law in the country.

“It is an attempt to blackmail IPOB that has backfired because the truth has emerged.”

BREAKING: Bloodbath In Borno Community As Boko Haram Terrorists Kills 70, Displace Many In A Fresh Attack