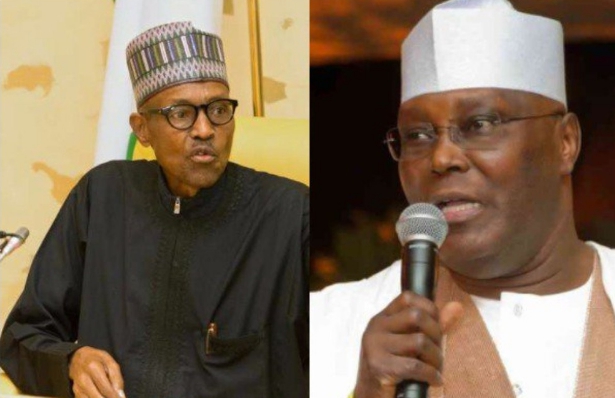 SAHARANEWS – The Presidential Election Petition Tribunal, Wednesday commenced hearing in the petitions filed by the presidential candidate of the Peoples Democratic Party (PDP) Alhaji Atiku Abubakar, his party and three other political parties challenging the declaration of President Muhammadu Buhari as winner of the 2019 presidential poll.

It also urged parties to shun actions that may put the panel in a negative light.

Chairman of the five-member panel, Justice Zainab Bulkachuwa, who made the appeal, at the special sitting of the panel, specifically warned counsel and parties in the various petitions to avoid discussing daily proceedings of the tribunal in the media and other public space.

Bulkachuwa, however, warned that the tribunal would not hesitate to wield the big stick against anyone found culpable in that regard, adding that the task of the tribunal is a serious national assignment and must be seen as such by all.

The chairman who stressed that no matter how an election was conducted, there are bound to be complaints, hence the establishment of the tribunal to give speedy hearing on such complaints.

Bulkachuwa, disclosed that there are currently 786 petitions against the outcome of the 2019 general election, with Imo State having the highest number of 76 and 6 tribunals.

The presiding judge assured that the panel would be fair to all and would give equal time to all litigants, in its efforts at ensuring that justice is done and done expeditiously in all the cases before it.

Responding, counsels in the matters promised to play by the rules and give maximum cooperation to the panel.

While Senior Advocate of Nigeria, Levi Ozoukwu is leading the legal team of Atiku and the PDP, Wole Olanipekun SAN and Lateef Fagbemi SAN are leading that of Buhari and APC respectively.

The tribunal in stating that Proceedings would be on a daily basis called the first case, the petition of the Hope Democratic Party (HDP) and his Presidential candidate, Chief Albert Owuru.

At the end of the identification and regularization of processes filed in the HDP petition, Justice Bulkachuwa fixed May 14 for pre-hearing of the petition.

For that of Atiku and PDP against INEC, Buhari and APC, the tribunal adjourned the matter to May 15.

However, the tribunal declined to give a definite date for hearing in the petition of Coalition for Change (C4C) and Peoples Democratic Movement (PDM), following the inability of the two petitioners to serve processes on Buhari and other respondents.

ALSO READ:  JUST IN: IPOB accuses Army of abducting Biafrans in Aba, warns against being pushed to carry arms

Meanwhile, the tribunal declined to hear an exparte application filed by the C4C, praying for substituted service on President Buhari and his Vice, Prof Yemi Osinbajo, following flaws in the motion.

Among others, the tribunal found that the exparte application filed by Obed Agu, was not competent in law because it was not signed, and the seal of the counsel was not fixed as required by law. Adding that there was no affidavit in support of the motion.

Faced with the rejection, the counsel withdrew the application and told the tribunal that a fresh one would be filed in its place. 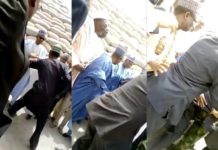 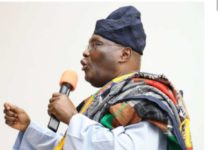 ‘We Have Called The Chinese’ —Amaechi Apologies As Abuja-Kaduna Train Breaks...