JUST IN: Buhari Support Group Calls for Zoning of Senate… 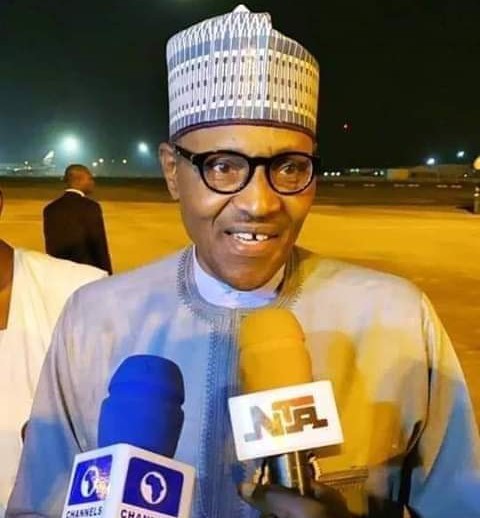 SAHARANEWS – A chieftain of the All Progressives Congress, APC, Chief Jackson Ojo, yesterday advised the South to forget their dream of producing the President of Nigeria in 2023, saying at the expiration of his tenure, President Muhammadu Buhari would handover to another northerner.

The APC chieftain while counselling the South to build a common front ahead of the next election cycle noted that South lacks the capacity to politically engage the North in a battle of supremacy.

In his words, politicians of South-West extraction currently agitating to replace President Buhari in 2023 lack the visibility and national acceptance to make good their dream saying, “who is there in the South that has the national clout? There are some people in the South-West that are making noise today, wanting to be President.

“The truth is that they cannot be President. That is it! Mark my word! APC Presidential candidate in 2023 will emerge from the north. The South-West will be given the Vice Presidential slot. And if the PDP takes its candidate from the South, then they have given the opportunity to the APC to win again. The south does not have the political capacity to fight the North.”

Justifying his reason for rating the south so poorly, Ojo, who doubled as Coordinator, Yoruba Youth Alliance added that the north has since left the south behind in terms of togetherness and unity; factors he claimed would determine who gets the Presidency in 2023

He continued: “The people of the South are agitating to be President of Nigeria in 2023. Is it by mere verbal expression? The North has 19 states including the FCT. The South has 17. There is no political synergy between the South-East, South-South and South-West. Each of them is standing independently as a pillar that cannot be moved but when you go up north, you will always get the traditional bloc vote because there is a unifying factor among them.

“Religion can unify them and they have leaders that can unify them. In the north, you have the Northern Governors Forum, the Northern Senators Forum and all that. Do we have these unifiers in the South? South-South is standing on its own, same with South-East and South-West. In the South, there is a multi-dimensional dichotomy, politically that is. Such a dichotomy can never be found in the North.

There are agitation by Southern politicians, particularly from the South-West and South-East for the zoning of the APC Presidential ticket at the expiration of President Buhari’s second tenure in 2023, with the likes of Asiwaju Bola Tinubu and Tunde Bakare being seen as likely aspirants.