Federal Republic Of Miyetti Allah At 61

#FreeSowore: (VIDEO) We Were Given N1m At Gun Point, Told Not To Protest — Adeyanju 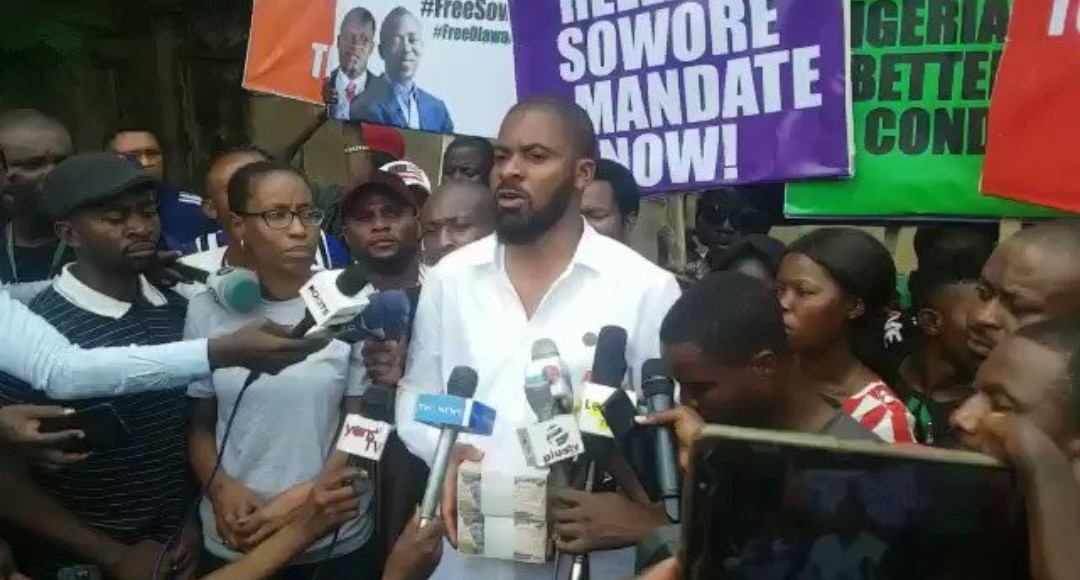 SAHARANEWS – Convener of a coalition of civil society groups under the aegis of Concerned Nigerians, Deji Adeyanju has claimed that the group was offered N1m by government sympathizers not to hold today’s sit out against the continued detention of Omoyele Sowore.

He spoke at the ongoing protest metres away from the DSS Headquarters at Aso Drive.

“We will not compromise, if those who gave us the money don’t come and collect it back today, we will give it to Femi Falana SAN to defray Sowore’s legal costs.”

The protesters are currently conducting their protest peacefully under the watchful eyes of DSS operatives and soldiers from the nearby Guards Brigade.