TRUTH:UN, EU, USA Are keeping silent on MNK Case, because he…

Fulani Herdsmen Are The Most Hardworking Nigerians, No Subsidy From The Govt Yet They Are Being Malign As The Cause Of Insecurity Today – Ango Abdullahi 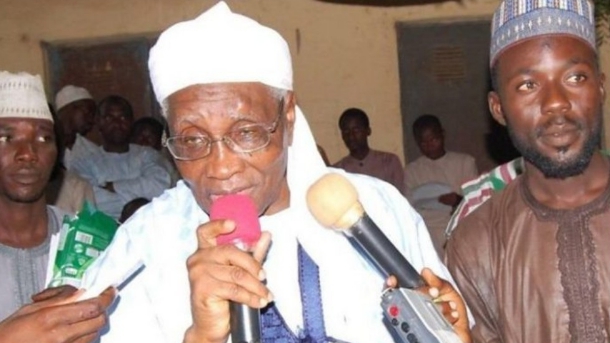 SAHARANEWS – Former Vice Chancellor of Ahmadu Bello University, Zaria, Prof. Ango Abdullahi decried the ethnic profiling of the Fulanis while recounting how they were better off during the colonial era.

Prof. Ango called on the Nigerian government to rehabilitate 600 abandoned grazing reserves in the North to address the sufferings of the Fulanis as he recalled how the British authorities created cattle routes, cattle markets and many other facilities because they understood their contribution to the Nigerian economy.

The elder statesman also alleged that the Fulani ethnic group has not benefited anything from the government despite their contribution to the economy.

“They have now become an object of politics, for every bad thing that happens in the country, now it is Fulani herdsmen. They have forgot that the Fulani herdsmen get nothing from the government.

“The Fulani herdsman was better off when the British were here. The British created track roads for Fulani herdsmen, created veterinary clinics for them, created cattle markets and so on for them having realised that they contributed significantly to Nigeria’s economy particularly in the agricultural sector and livestock production.

“His animals had been stolen and sold in the city, so when you deprived him of his animals what do you want him to do? He will be hostile.

“We should revive all the abandoned cattle routes from Niger downwards. There are 600 neglected grazing reserves in northern Nigeria alone, what you need to do is to rehabilitate them, I think this is the little you can do for the herdsmen” he told newsmen on Wednesday August 28.