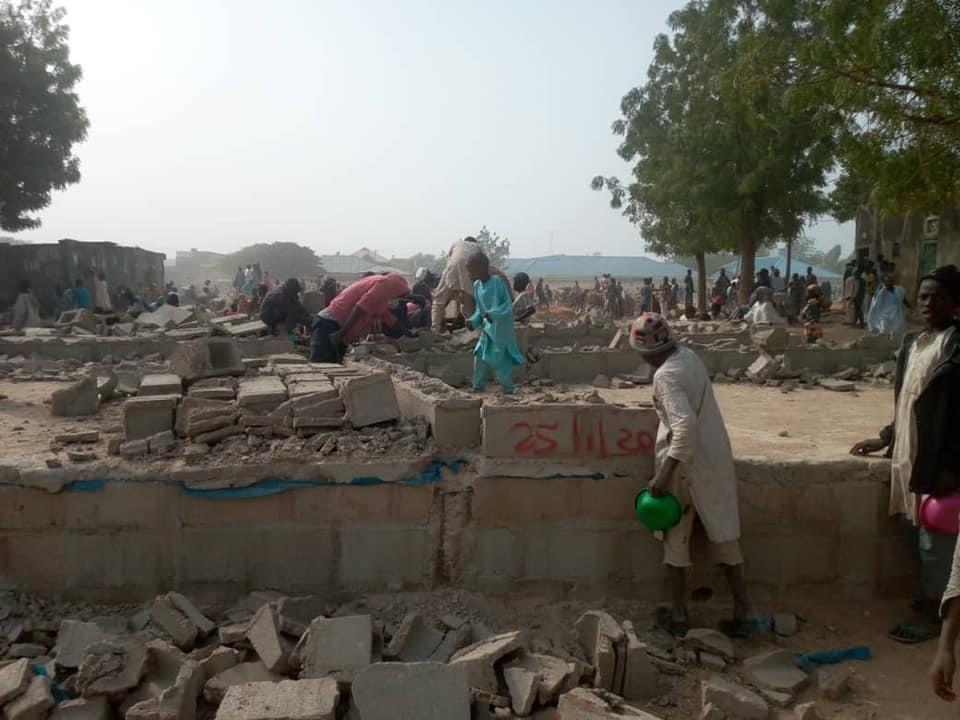 The Kano State Government has commenced demolition of structures around the residence and mosque of Sheik Abduljabbar Nasiru Kabara, who is perceived as a critic and political enemy to the state governor, Abdullahi Ganduje.

SaharaReporters had earlier reported how the cleric was put under house arrest and banned from preaching or attending the mosque as members of the DSS and police lay siege to his residence.

Since Wednesday, the cleric has also reportedly been denied food and other necessary supplies to his home.

It was gathered that Kabara had been allegedly challenging Salafi teachings and asking for a debate with Wahabi clerics.

Wahabi clerics of Kano, who enjoy Kano State Government’s patronage, have rejected offers of debate with Kabara and instead used their closeness to power to push for a heavy-handed clampdown on him and his followers.

The state government had on Wednesday, through the Commissioner of Information, Muhammad Garba, ordered the closure of the cleric’s mosque and house, located at Gwale Local Government Area in the Kano metropolis.

The order was given on the pretence that the cleric insulted the “companions of the Holy Prophet Muhammed.”

While reacting to the ban, Abduljabbar described the governor’s action as political, saying that Mr Ganduje was all out to settle a score against him.

According to the cleric, the ban was not religious because he worked against the re-election of Mr Ganduje during the 2019 elections.