LIVE:Obi worked very well in Anambra; those fighting you are…

At an APC campaign rally in Yobe, Buhari reveals that he… 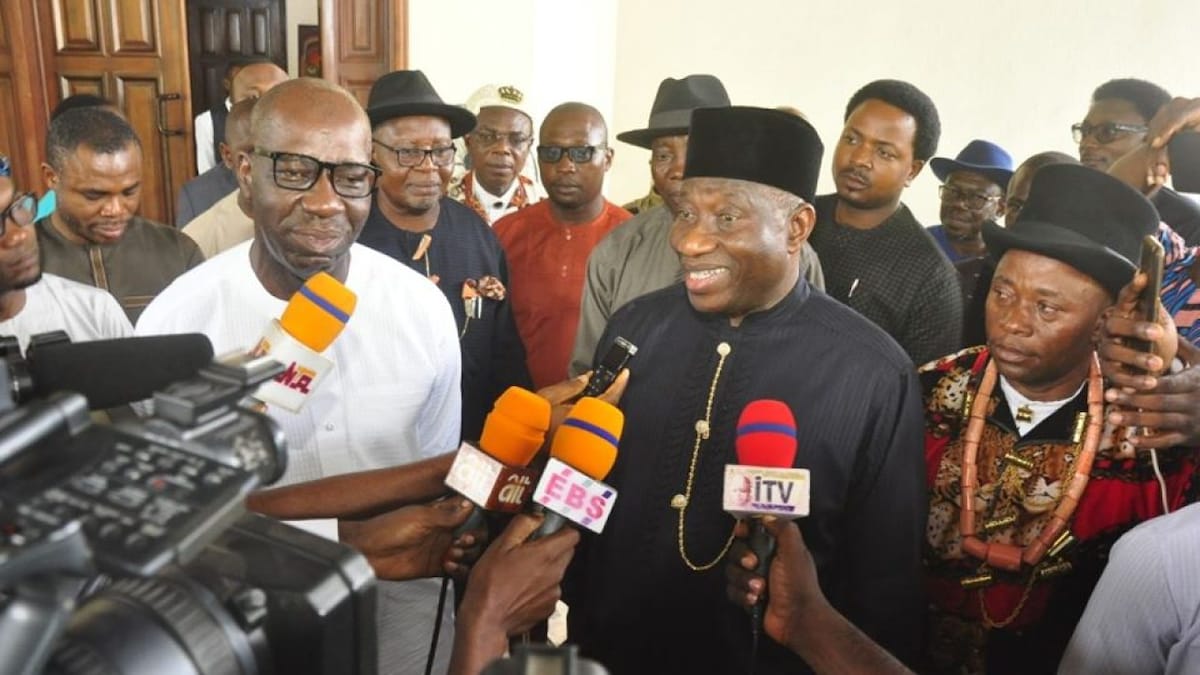 Former president, Goodluck Jonathan has sent a congratulatory message to Governor Godwin Obaseki of the Peoples Democratic Party (PDP) over his victory in the Edo state election, IgbereTV reports.

Jonathan in a series of tweets on Sunday, September 20, commended the people of Edo and INEC for ensuring a peaceful, credible and transparent election in the state.

The former president urged the re-elected governor to govern all people of his state without any partisan bias.

“I congratulate His Excellency @GovernorObaseki on his re-election as Edo State Governor. I also congratulate @inecnigeria for overseeing a process that allowed the votes of the good people of Edo to count.”

“Democracy can only be consolidated to promote good governance in our nation and continent when our elections become credible, transparent and truly represent the wish of the voters.”

“Through their ballot papers, Edo people have spoken in favour of Governor Obaseki. He should therefore rise above partisan politics and govern for the good of all.”

ALSO READ:  JUST IN: I’m Handing Over A Viable And Secured Imo to Ihedioha - Okorocha Boasts