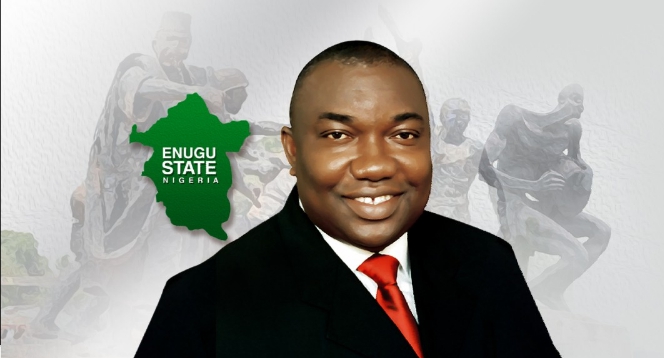 SAHARANEWS – Youths under the aegis of “Enugu Youth Coalition” has lambasted critics trying to incite members of the Indigenous People Of Biafra, IPOB, against Enugu State Governor, Ifeanyi Ugwuanyi.

In a statement made available to SaharaNews on Monday, the coalition said their attention has been drawn to the fabricated story designed to incite members of the Indigenous People of Biafra (IPOB) against the Enugu State Governor, Rt. Hon. Ifeanyi Ugwuanyi (Gburugburu).

In the statement signed by Dr. Edwin Obune, National Coordinator of the coalition, the group denied report making round in the social media which alleged that Gov. Ugwuanyi was trailed to a social event in New Jersey, United States of America by IPOB members.

The group noted that Gov. Ugwuanyi is the darling of everybody, both Igbos and non-Igbos including the IPOB members because of his purposeful leadership, good governance drive and participatory democracy in all parts of Enugu State and therefore, no need for anybody to trail him to anywhere for whatever reason.

It is on record that Governor Ugwuanyi remains the first and only Governor in the Southeast region and Nigeria at large to have recruited and deployed Forest Guard operatives to their various posts for the purpose of securing lives and properties in all the communities in the state.

Accordingly, there is no doubt that some pro-active security measures of the Governor like mounting of Vigilantee or Neighbourhood Watch group in all communities of the state, sending Anti-Kidnapping Bill to the state House of Assembly, purchasing of 260 vehicles and motorcycles with state of the art communication gadgets, inauguration of Agro-Rangers in the state as well as providing logistical supports to all federal security agencies in the state among other strides have stemmed the tide of the sudden security lapses experienced in the state last month.

ALSO READ:  BREAKING: US Opposes Buhari’s Plans To Give $100m Of Abacha Loot To Atiku

Therefore, Gov. Ugwuanyi has not offended anybody or groups including the IPOB members to warrant trailing him to anywhere for any purpose.

In fact, notable Igbo groups like Ohaneze Ndi-Igbo, Southeast Governors Forum, Enugu State Chapter of the Conference of Nigerian Political Parties among other groups have come out to praise the Governor for establishing Forest Guards as well as mounting formidable security structures to tackling the menace of criminality and banditry in the state.

In spite of all these, the Governor is not leaving any stone unturned in his desire to make the state a crime-free society.

Therefore, we view the story in the social media as an attempt to incite IPOB members against our God-fearing Governor after several efforts had failed in the past.

IPOB members are discernible enough and will never allow themselves to be dragged in to fighting any political battle for any selfish group or individuals in Enugu State.

Therefore, no matter how hard they try by adopting strategy after strategies in the execution of their evil plot against the government and people of the state, Enugu State will continue to be in the Hands of God.