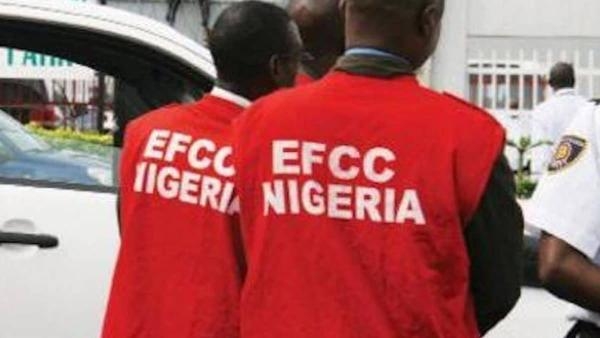 SAHARANEWS – A 25-year-old-girl, one Miss Vivian Igwe, a staff of the Protocol Unit of the Ebonyi State Government House, Abakaliki, on Tuesday was arrested by the Economic and Financial Crimes Commission, EFFC, over alleged Seventeen Million naira (#17,000,000) fraudulent transactions.

Igwe was nabbed by the officials of EFCC from the Enugu zonal office, who stormed the premises of the Ebonyi State Police Command and whisked her way.

The suspect was working as a typist at the Ebonyi Protocol Unit.

It was gathered that she was earlier arrested on Monday by men of the Special Anti- Robbery Squad (SARS) from the Area Command Abakaliki who stormed one of the branches of Ecobank located along Ezza road Abakaliki, Ebonyi State capital, when she went to make a withdrawal.

ALSO READ:  TENSION EVERYWHERE:Close Down All Churches Or We Will Attack – Bandits Send Letter To Zamfara Christians

The funds was said to had been transferred into her account by an unknown person about three weeks ago.

Responding to the development, The Director of Protocol, Ebonyi Government House, Mrs. Nnenna Enyinnaya Okorie, said the suspect had earlier complained of her inability to make withdrawals from her Ecobank account.

She said the suspect had gone to the bank to apply for reactivation of her ATM card .

The Director of Protocol explained that the bank officials had asked her to wait while they sort out her problems.

She said that it was while she was waiting for the problems to be sorted out that the police stormed the banking hall and arrested her.

Okorie described the suspect as a very humble and honest staff and called for proper investigation of the incident.

“I am very surprised because this girl had asked me to permit her to go to her bank and ratify her account.
“She said that the most painful is the N1,500 sent to her by her sister which she said she had on several occasions tried to withdraw through her ATM card, but all to no avail.

“And she told me that she had not been getting alerts too. And the last information I heard from her is that she is going for the reactivation of her ATM as directed by the bank only to be arrested on Monday.

“And today, Tuesday, she was handed over to men from EFCC who came from Enugu,” she said.
When contacted, the Police Public Relations Officer (PPRO), DSP Loveth Odah, said her office had not been properly briefed about the matter.